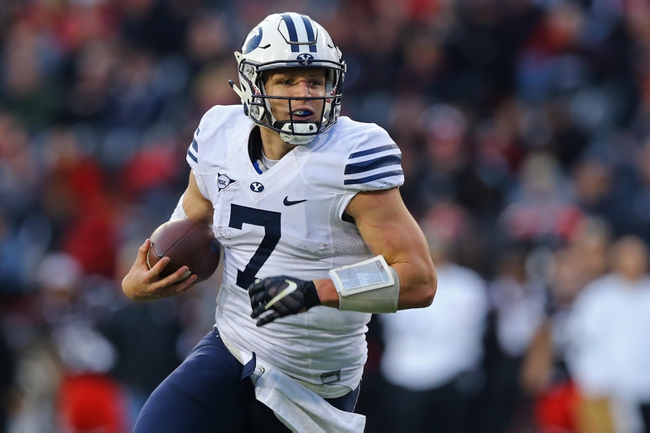 The BYU Cougars have won four of their last five games and are a win away from becoming bowl eligible. The BYU Cougars have won eight of their last nine home games. Taysom Hill is completing 58.9 percent of his passes for 1,737 yards, nine touchdowns and eight interceptions. Hill has one or less touchdown passes in four of his last five games. Nick Kurtz and Jonah Trinnaman have combined for 639 receiving yards and two touchdowns while Colby Pearson has 28 receptions. The BYU Cougars ground game is averaging 194.2 yards per contest, and Jamaal Williams leads the way with 1,034 yards and 10 touchdowns. Defensively, BYU is allowing 23 points and 408.8 yards per game. Francis Bernard leads the BYU Cougars with 64 tackles, Sae Tautu has six sacks and Kai Nacua has five interceptions.

Southern Utah is not a good road team, and that's againt teams on its level. Playing on the road in BYU is easily the Thunderbirds toughest game of the season and is likely not going to end well. The BYU Couagrs are playing their best ball of the season right now and hoping to finish strong in order to get a decent bowl game. BYU has a physical defense that will make things tough for Southern Utah, and its physical offensive line will allow the Cougars to do what they want offensively.