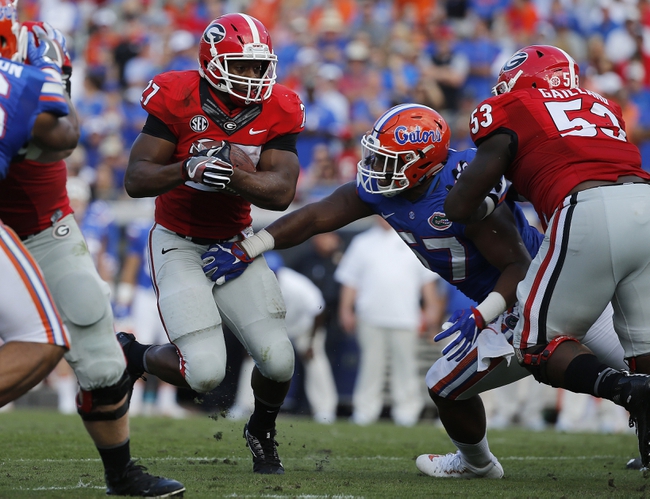 The Georgia Bulldogs and the Auburn Tigers face off on Saturday Between the Hedges in week 11 SEC college football action.

The Georgia Bulldogs are 5-4 this season and they are coming off of a win at Kentucky but they have lost 4 of their last games. The Georgia offense has completed 23.7 points and 382.7 yards per game and they have turned the ball over 13 times. Bulldogs QB Jacob Eason has completed 53.3 percent of his passes with 11 touchdowns and 5 interceptions. Nick Chubb is Georgia’s leading rusher with 691 yards and 5 touchdowns and Isaiah McKenzie is the top receiver with 32 catches and 6 touchdowns and Terry Godwin has 24 catches. The Georgia defense is allowing 25.9 points and 324.1 yards per game with 10 interceptions, 8 fumble recoveries, and 19 sacks. Roquan Smith and Natrez Patrick each has 55 tackles to leads the Dawgs and Aaron Davis has 38 tackles. Georgia has been somewhat of a disappointment this season even with a first year Coach and QB.

While Georgia got the win last week it was less than convincing and they still have gaping holes on both sides of the football. Auburn is just the far better team here and they should have their way in this one.