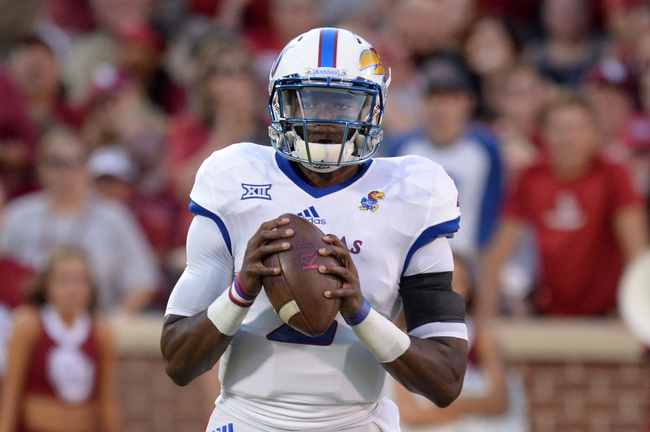 The Iowa State Cyclones and Kansas Jayhawks square off Saturday afternoon in a Big 12 college football game at Memorial Stadium.

The Kansas Jayhawks are also in need of a victory that would snap a brutal eight-game losing streak. The Kansas Jayhawks last 16 victories have taken place on their home field. Montell Cozart is completing 58.6 percent of his passes for 1,075 yards, seven touchdowns and nine interceptions. Cozart and Ryan Willis have combined for 10 touchdown passes this season. Steven Sims Jr. and LaQuvionte Gonzalez have combined for 1,224 receiving yards and eight touchdowns while Shakiem Barbel has 24 receptions. The Kansas Jayhawks ground game is averaging 108 yards per contest, and Ke'aun Kinner leads the way with 492 yards and two touchdowns. Defensively, Kansas is allowing 40.2 points and 463.6 yards per game. Fish Smithson leads the Kansas Jayhawks with 64 tackles, Dorance Armstrong Jr. has eight sacks and Brandon Stewart has two interceptions.

This should be a fun game to watch between two of the worst teams in the Big 12 for many years and two teams hoping to snap long losing streaks. Iowa State has obviously had more success and should be the favorite here. However, if there's one game the Kansas Jayhawks could win to have some positive vibes, it would be this one. Iowa State isn't a good team and certainly shouldn't be a double-digit favorite to anyone in a power five conference on the road. The home team has also won five of the last six games between Iowa State and Kansas.