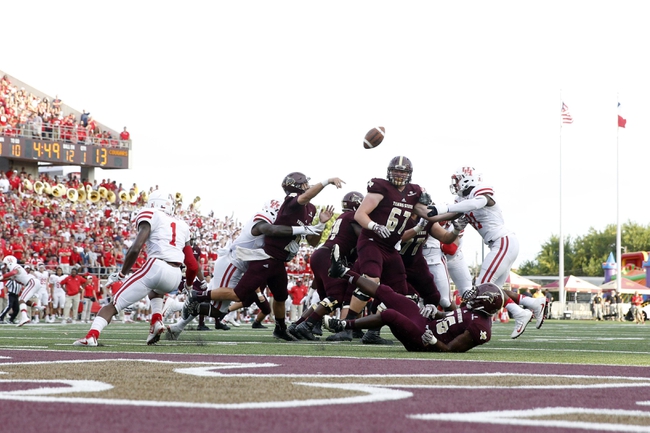 The Texas State Bobcats and the Idaho Vandals face off on Saturday in week 11 Sun Belt Conference college football action.

The Texas State Bobcats are 2-6 this season and they have lost their last 4 games in a row and 6 of their last 7. The Texas State offense is averaging 22.2 points and 327.2 yards per game and they have turned the ball over 14 times. Texas State QB Tyler Jones has completed 64.5 percent of their passes with 10 touchdowns and 10 interceptions and he has rushed for 266 yards and 5 touchdowns. Stedman Mayberry leads the Bobcats in rushing with 454 yards and 3 touchdowns and he has 33 receptions while Thurman Morley has 32 catches and Tyler Watts has 28 catches in a primarily passing offense. The Texas State defense is allowing 40 points and 491.5 yards per game with 3 interceptions, 7 fumble recoveries, and 6 sacks. Bryan London leads the Bobcats defense with 83 tackles, Gabe Loyd has 68 tackles, and Javante O’Roy has 61 tackles. Texas State’s defense just doesn’t have what it takes to keep them in games.

The Idaho Vandals are 5-4 this season and they are just a game away from being bowl eligible. The Idaho offense is averaging 24.1 points and 374.6 yards per game and they have turned the ball over 14 times. Vandals QB Matt Linehan has completed 59.8percent of his passes with 9 touchdowns and 7 interceptions and he has rushed for 2 touchdowns. Aaron Duckworth is Idaho’s top rusher with 531 yards and 4 touchdowns and Trent Cowan has 35receptions and 3 touchdowns and Alfonso Onunwor has 34 receptions. Defensively the Vandals are allowing 33.3 points and 439.1 yards per game with 9 interceptions, 6 fumble recoveries, and 18 sacks. Jayshawn Jordan leads Idaho in tackles with 66, Tony Lashley has 63 tackles, and Tueni Lupeamanu has 52 tackles. Idaho is plying some good football and they have won 3 of their last 4 games.

This spread looks really light which usually means a trap is being set but these teams aren’t really close and I see Idaho winning easily.