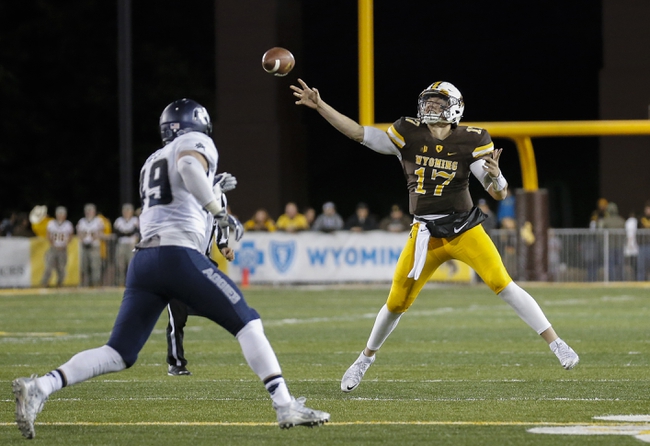 The Wyoming Cowboys will travel to Sam Boyd Stadium to take on the UNLV Rebels this Saturday afternoon in College Football action.

Wyoming continues to roll through the Mountain West conference behind the outstanding play of Brain Hill who comes into this matchup as one of the top RB’s in all of College Football. UNLV has had a up and down season and although the Rebels have the 19th ranked rushing offense in College Football, UNLV continues to struggle on the defensive end as they currently rank 96th in scoring offense and 76th in total defense. Wyoming must be careful that they don’t overlook UNLV before their big matchup against San Diego State, however, as the Cowboys biggest weakness on defense is against the passing game which shouldn’t be big concern against the Rebels, I think Wyoming will be able to do enough on the road to cover this spread. Take Wyoming to cover.