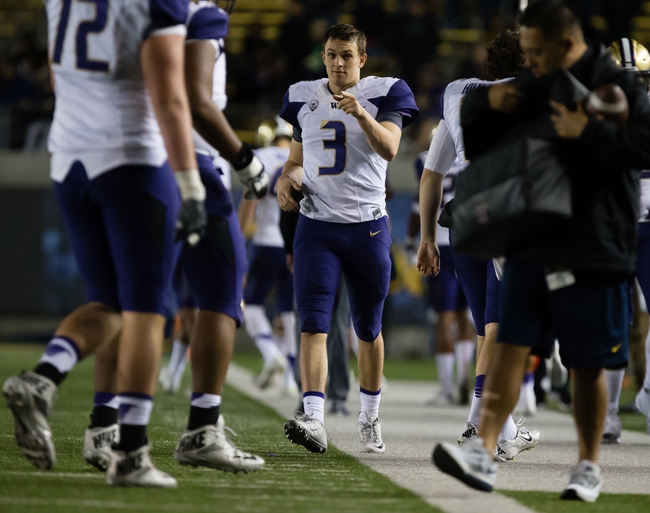 The USC Trojans and Washington Huskies clash Saturday night in a Pac-12 college football game at Husky Stadium on FOX.

The USC Trojans look to build on their five-game winning streak to stay in the Pac-12 South division race. The USC Trojans have split their last eight road games. Sam Darnold is completing 67.9 percent of his passes for 1,874 yards, 20 touchdowns and four interceptions. Darnold has 12 touchdown passes in his last three games. JuJu Smith-Schuster and Darreus Rogers have combined for 1,028 receiving yards and 10 touchdowns while Deontay Burnett has 31 receptions. The USC Trojans ground game is averaging 211.8 yards per contest, and Ronald Jones II leads the way with 679 yards and seven touchdowns. Defensively, USC is allowing 23.6 points and 373.1 yards per game. Cameron Smith leads the USC Trojans with 63 tackles, Rasheem Green has 3.5 sacks and Iman Marshall has two interceptions.

Washington has shown all season that it's head and shoulders the top team in the Pac-12 and deserves to be one of the four teams to make the college football playoff. I'm not sure USC is consistent enough on either side of the ball to hang with the Huskies. Washington has an offense that can put points up in bunches and a defense that's going to give USC problems. Washington should be able to win this game by double digits at home.