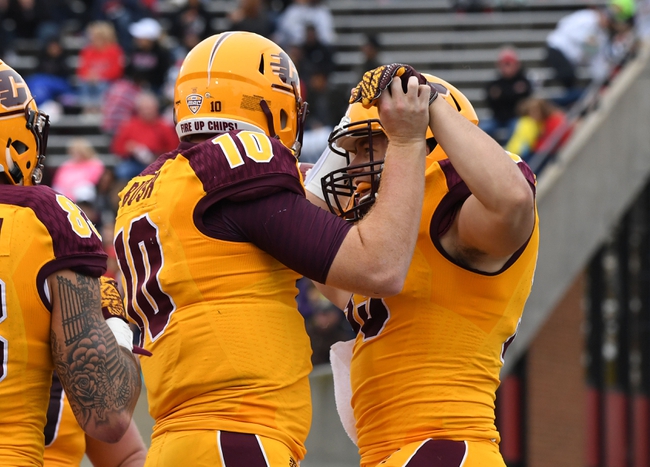 The Ohio Bobcats look for their fourth straight win in order to keep their lead in the MAC East division. The Ohio Bobcats have won three straight road games. Greg Windham is completing 56.4 percent of his passes for 1,366 yards, nine touchdowns and three interceptions. Windham remains questionable due to an ankle injury after missing last week. Sebastian Smith and Papi White have combined for 1,109 receiving yards and seven touchdowns while Jordan Reid has 33 receptions. The Ohio Bobcats ground game is averaging 195.6 yards per contest, and Dorian Brown leads the way with 656 yards and three touchdowns. Defensively, Ohio is allowing 23 points and 380.5 yards per game. Blair Brown leads the Ohio Bobcats with 89 tackles, Tarell Basham has nine sacks and Javon Hagan has three interceptions.

Central Michigan has won six of the last seven games against Ohio, which includes a 28-10 victory in the last meeting in 2014. You also have to factor in the injury and questionable status with Windham. This is also Central Michigan's last home game and a chance to become bowl eligible. It's going to be a huge game for the seniors and the Central Michigan Chippewas overall. I'm going to side with Central Michigan in this spot, as I expect Rush to have a big game.