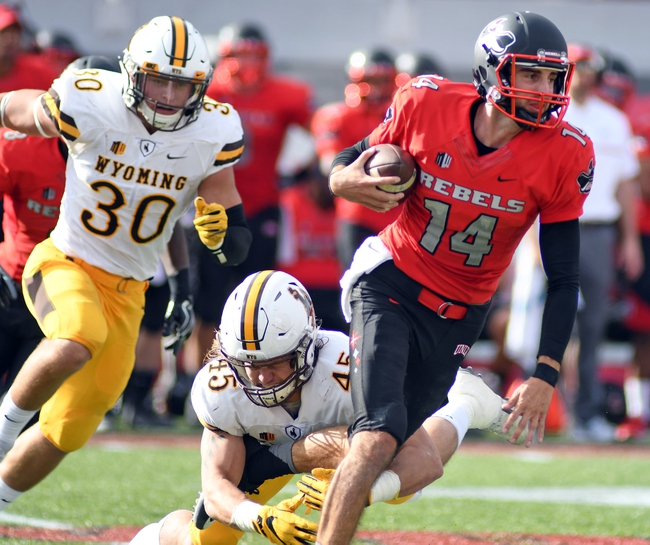 The UNLV Rebels will travel to Albertsons Stadium to take on the 22nd ranked Boise State Broncos this Friday night in College Football action.

UNLV did Boise State a huge favor last week with their upset victory over Wyoming, however, if the Rebels are going to have any chance in this one, they’ll need to find some answers on the defensive end as UNLV ranks 110th in scoring defense. Boise State showed how dangerous a team they can be in the recent game against Hawaii however, even with great offensive weapons in Jeremy McNichols, Brett Rypien, and Thomas Sperbeck, the Broncos average margin of victory at home this season is just at 6.8 ppg. UNLV is going to have trouble stopping the Broncos from scoring the football, however, as I really liked what I saw out of Rebels QB Kurt Palandech in their game against Wyoming and for the fact that Boise State has had trouble covering these big spreads at home all season, I'm going to roll with UNLV and the points in this one.