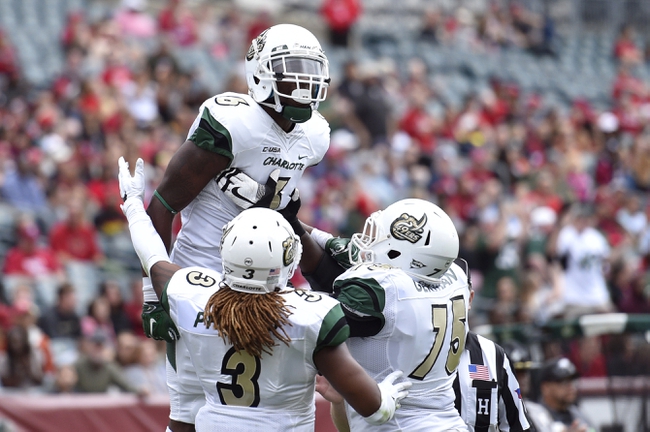 The Charlotte 49ers look for a victory after losing their last four home games. The Charlotte 49ers need to win their last two games in order to become bowl eligible. Hasaan Klugh is completing 59.4 percent of his passes for 971 yards, eight touchdowns and three interceptions. Klugh and Kevin Olsen have combined for 14 touchdown passes this season. Austin Duke and T.L. Ford II have combined for 989 receiving yards and seven touchdowns while Workpeh Kofa has 21 receptions. The Charlotte 49ers ground game is averaging 194.2 yards per contest, and Kalif Phillips leads the way with 828 yards and four touchdowns. Defensively, Charlotte is allowing 34.4 points and 444.8 yards per game. Nick Cook leads the Charlotte 49ers with 90 tackles, Larry Ogunjobi has 2.5 sacks and Terrance Winchester has three interceptions.

Charlotte is still playing for a possible bowl game and there's going to be a lot of emotion with it being the seniors last home contest. However, there's no denying the Middle Tennessee Blue Raiders are the better team here and are proven on the road. It's also hard to ignore Middle Tennessee beat Charlotte 73-14 last season. The Blue Raiders and the small chalk is a strong play here, as the 49ers are likely in over their head once again.