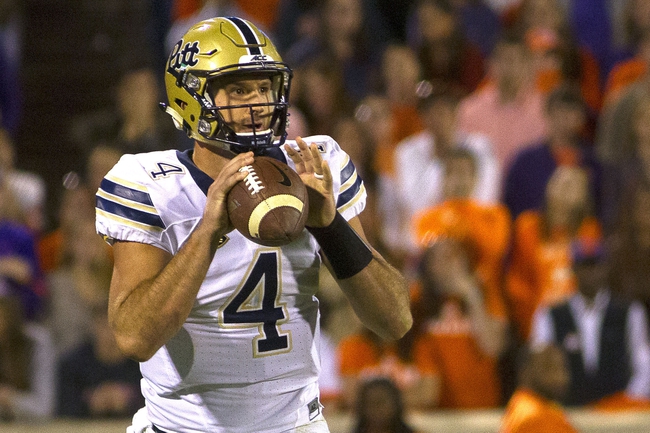 Duke sits at 4-6 on the season, following a rather impressive 28-27 nail-biter win over the North Carolina Tar Heels this past Thursday. In that game, Duke QB Daniel Jones went 22-of-34 for 240 yards and a TD, while Shaun Wilson handled the rushing duties with 24 carries for 107 yards and a score. TJ Rahming was the Blue Devils’ lead receiver with eight catches for 100 yards.

On the season so far, Jones holds 2277 yards with a 12:9 TD:INT ratio, and Wilson leads the Blue Devils in rushing with 135 carries for 556 yards and four touchdowns. Rahming is Duke’s leading receiver this season with 50 catches for 509 yards and one score.

Over on the Pittsburgh side, they’re sitting at 6-4 on the year and just finished off an improbable 43-42 victory over the Clemson Tigers on Saturday. The Panthers came up with a big fourth-down stop late in the game which led to the final drive and a game-winning field goal with just seconds remaining.

So far this year for Pittsburgh, QB Nathan Peterman holds 2114 yards with 19 touchdowns and four picks, while James Conner is tops in the running game on 175 carries for 844 yards and 12 TDs. Jester Weah is the Panthers’ top receiver this season with his 28 catches for 601 yards and six scores.

Both of these teams are coming off big victories amid otherwise uninspiring seasons. Pittsburgh looked like a different team altogether against Clemson, matching the Tigers punch for punch throughout the game. The Panthers have been scoring well this season, with at least 28 points in every game. That bodes well for a cover here, so I’ll take Pittsburgh to follow up their big win with another victory.