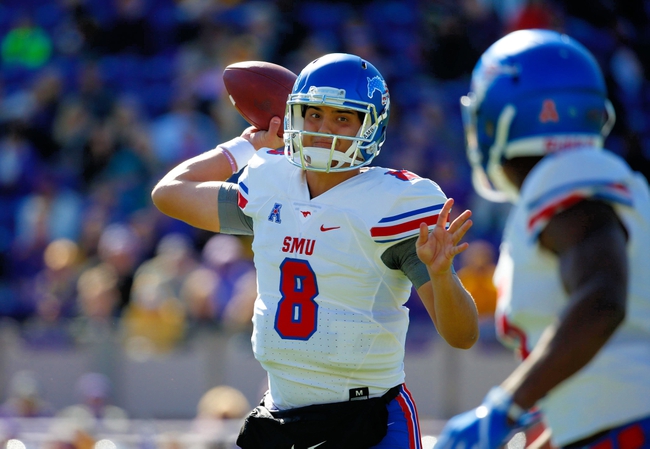 The South Florida Bulls will travel to Gerald J. Ford Stadium to take on the SMU Mustangs this Saturday night in College Football action.

South Florida has one of the most explosive offenses in the country led by duel-threat QB Quinton Flowers. SMU has had an up and down season and although their offense can put up some points, their defense ranks just 86th in the country in total defense. South Florida is one of the better teams in AAC however, SMU did a nice job against Houston’s duel-threat QB Greg Ward Jr. in their upset victory over the Cougars and as I think Ben Hicks and the Mustangs passing attack will be able to put up some points on the Bulls defense, I’m taking SMU and the points.