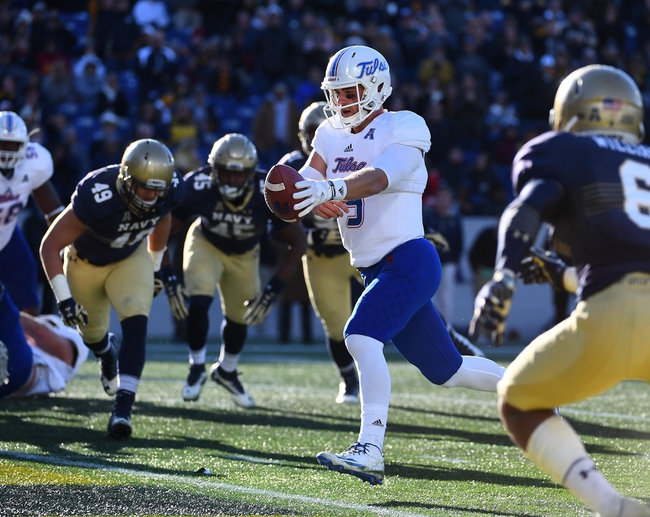 The Tulsa Golden Hurricane will travel to Bright House Networks Stadium to take on the UCF Knights this Saturday night in College Football action.

Tulsa couldn’t pull off what would have been a huge road conference win against Navy, however, once again showed how dangerous their offensive can be though both the passing and rushing games. UCF has had the biggest turnaround in College Football as with their win over Cincinnati the Knights became bowl eligible this season after going winless last season. UCF has been a great story this season however, I just don’t see their defense being able to stop both Dane Evans and James Flanders and that Tulsa does enough to cover this small road spread.