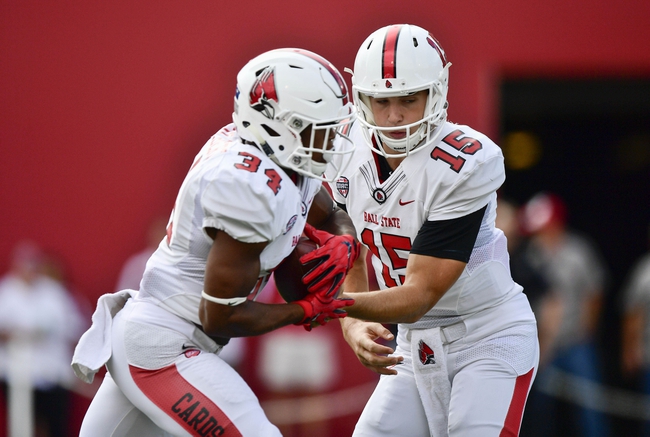 The Miami (OH) Redhawks have a college football Bowl on their mind when the Ball State Cardinals visit in week 13.

The Ball State Cardinals were very much in control of their postseason future before four consecutive defeats left them staring at a 4-7 record. The Cardinals come off of a 37-19 defeat at  Toledo where they were outgained 504-393 and the special teams allowed a punt return for a score. The Rockets were able to do whatever and Ball State needed to run more effectively and quarterback Riley Neal needed help. Neal was the Cardinals offense with 260 passing yards and a pair of touchdowns on 33-49 while leading the team on the ground with 85 yards on 14 carries. Damon Hazleton Jr. was the Cardinals top receiving option with 12 receptions for 102 yards and a eleven yard score.

The Miami (OH) Redhawks have been a surprise team for over a month with an unheard of five straight victories that has them on the cusp of becoming Bowl eligible. The Redhawks come off a 35-24 win at Buffalo as ten point favorites where a 20-7 lead heading to the locker room kick started them to a win versus a struggling squad. The Bulls actually won the battle for yardage 380-309 and returned a fumble for a score but Miami (OH) also returned a fumble for a TD and recorded a pick six. Redhawks quarterback Gus Ragland completed 7-14 for 105 yards and a pair of touchdowns while adding 45 yards and a score with his legs. Alonzo Smith paced Miami (OH) on the ground with 91 yards on seven touches while Jared Murphy caught two passes for 57 yards for two TD’s.

Miami (OH) never wins anything and are can go Bowling so if any team has momentum, it’s them but the spread is scary…