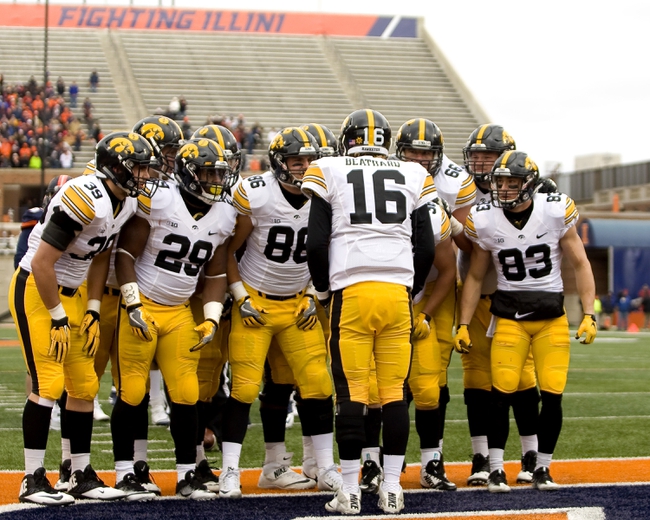 The Iowa Hawkeyes look for their third straight victory to build on their CFB bowl resume. The Iowa Hawkeyes have won at least seven games in four straight seasons. C.J. Beathard is completing 58.2 percent of his passes for 1,730 yards, 14 touchdowns and seven interceptions. Beathard has one or less touchdown passes in six of his last eight games. Riley McCarron and Jerminic Smith have combined for 712 receiving yards and five touchdowns while George Kittle has 19 receptions. The Iowa Hawkeyes ground game is averaging 163.5 yards per contest, and Akrum Wadley leads the way with 861 yards and nine touchdowns. Defensively, Iowa is allowing 18.6 points and 365.2 yards per game. Josey Jewell leads the Iowa Hawkeyes with 105 tackles, Jaleel Johnson has 7.5 sacks and Brandon Snyder has two interceptions.

Nebraska still has a banged up Armstrong, and while the Cornhuskers were able to win last week without him, Iowa on the road is a different story. The Hawkeyes are finally starting to play like the team we expected to see in the beginning of the season and you can expect that same effort on senior day. Both of these teams are pretty much even in terms of talent, but the Iowa Hawkeyes will have the advantage at home and with so many seniors wanting to go out on top.