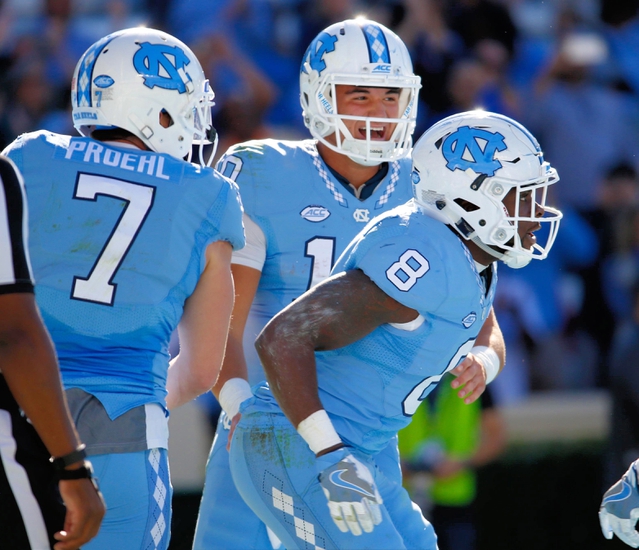 North Carolina State enters this game with a 5-6 record on the year. The Wolfpack started out 4-1 but then dropped four games in a row to essentially sabotage their season. This past weekend against Miami, North Carolina State dropped another one 27-13. In that one, the Wolfpack allowed three second-half touchdown runs from Mark Walton which sealed the loss. Wolfpack QB Ryan Finley would finish 20-of-44 for 210 yards and an interception, but Matthew Dayes had a nice outing on the ground with 20 carries for 76 yards and a TD.

So far this year for North Carolina State, Finley has 2669 yards with a 15:8 TD:INT ratio, while Dayes has 214 carries for 1015 yards and eight touchdowns. Stephen Louis leads the Wolfpack in the air with 29 receptions for 533 yards and one score.

Over on the North Carolina side, they’re sitting on a pretty good 8-3 record so far this year, winning four of their last five. The Tar Heels got a big win last weekend against the Citadel 41-7, and in that one North Carolina was up 31-0 at the break. Tar Heels QB Mitch Trubisky had a nice day throwing with 11-of-20 for 184 yards and three scores.

On the season thus far, Trubisky has 3188 yards for 25 touchdowns and just four interceptions, while Elijah Hood leads the North Carolina ground attack on 134 carries for 802 yards and eight scores. The Tar Heels’ aerial attack is led by Ryan Switzer, with his 78 catches for 856 yards and four touchdowns.

Even given the extra juice of an intrastate rivalry in this game, I’m not giving the Wolfpack much of a chance. North Carolina has simply looked too good during this five-game run, and North Carolina State seems to be in just-finish-the-season mode. I’ll take the Tar Heels to cover what’s really not too bad of a spread.