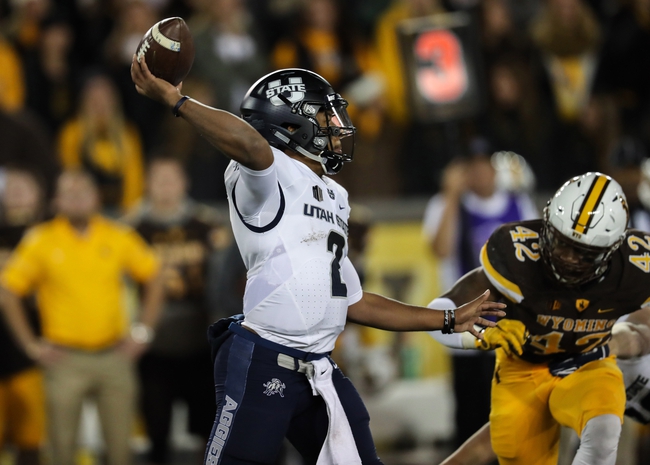 The Utah State Aggies will travel to LaVell Edwards Stadium to take on the BYU Cougars this Saturday night in College Football action.

It’s been a tough year for the Aggies however as although the defense has been solid at times, the offense has been inconsistent throughout the season and currently rank just 89th in the country in scoring offensive. BYU hasn’t gotten the credit that they deserve this season as although the Cougars have 4 losses on the season, they’ve been competitive in every game they’ve played and have a great defense that ranks 18th in scoring defense. This is a very good BYU team however, Utah State has been somewhat competitive on the road this season with close losses to Boise State, CSU, and Nevada and as the offensive seems to be moving the ball better as of late, I think Utah State will keep this one within the number in this rivalry game. Take Utah State and the points.