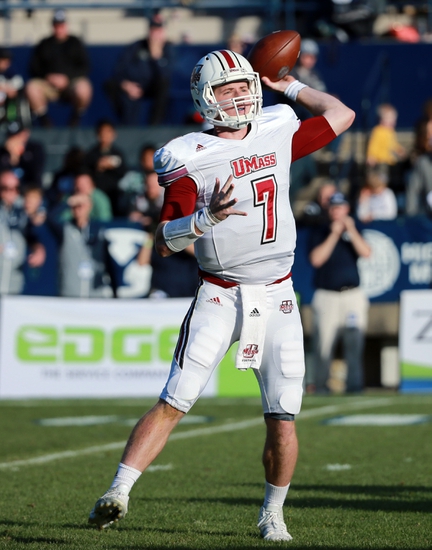 The UMass Minutemen will travel to Aloha Stadium to take on the Hawaii Rainbow Warriors this Saturday night in College Football action.

It’s been a long season for the UMass Minutemen however, the Minutemen have some reason for optimism as sophomore QB Andrew Ford seems to be a solid building block that UMass can build around for next season. Hawaii has struggled as of late on the offensive end as over their last 4 games, the Rainbow Warriors are averaging just 12.8 ppg. Both of these teams have had their difficulties on the defensive end this season as UMass is ranked 100th in total defense while Hawaii is ranked 105th. Hawaii has a chance to become bowl eligible with a win in this one, however, UMass seems to be playing the better football over the past month and as I think the Minutemen passing attack will be able to put up some points against the Hawaii defense, I think UMass and the points are the play in this one. Take UMass and the points.