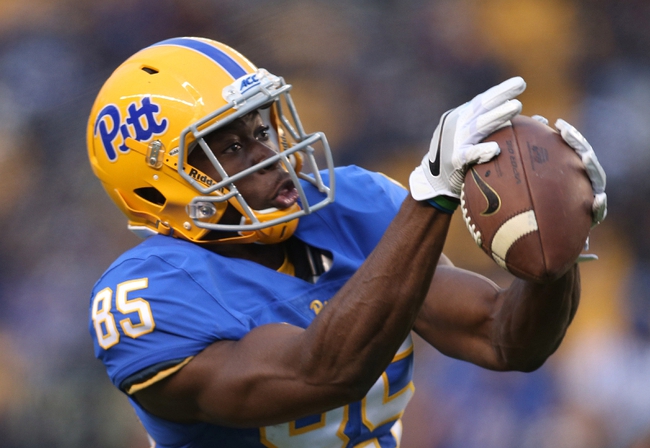 Coming up on Saturday, November 26 in college football action from Heinz Field, the Syracuse Orange and the Pittsburgh Panthers will be locking horns.

Syracuse comes into this game with a 4-7 record on the year. The Orange have lost three straight, most recently a 45-14 drubbing by Florida State. In that one, Syracuse allowed 28 carries for a whopping 225 yards and four touchdowns to the Seminoles’ Dalvin Cook.

On the Orange’s season so far, Eric Dungey is still the passing leader with 2679 yards, 15 touchdowns and seven picks, while Dontae Strickland leads the ground game with 142 carries for 503 yards and three scores. Amba Etta-Tawo is tops in the Syracuse receiving corps with 81 catches for 1304 yards and nine scores.

Over on the Pittsburgh side, they’re entering play here with a 7-4 record so far and have won two in a row including a 56-14 beat-down of Duke in their last game. In that one, Pittsburgh QB Nathan Peterman was the star on 11-of-18 passing for 237 yards and three touchdowns.

So far this year for the Panthers, Peterman has 2351 yards with 22 touchdowns, and James Conner leads the rushing attack with 189 carries for 945 yards and 14 scores. Jester Weah is Pittsburgh’s top receiver with 30 catches for 696 yards and seven TDs.

After dropping two in a row, the Panthers have righted their proverbial ship over the past two games with a big win over Clemson and a deconstruction of Duke on Saturday. The Orange, meanwhile, haven’t scored more than 20 points in any game during their three-game losing streak. I have to think Pittsburgh will keep things going here, far outmatching an outclassed Orange squad. Give me the Panthers.