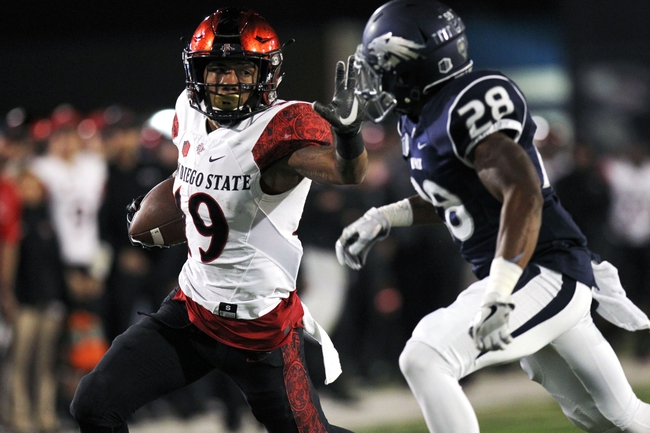 The Colorado State Rams will travel to Qualcomm Stadium to take on the San Diego State Aztecs this Saturday night in College Football action.

Colorado State has been playing much better as of late and behind the solid play of Nick Stevens, Colorado State became bowl eligible with their win last weekend against New Mexico. San Diego State’s defense had a hard time slowing down the Wyoming offense on the road, however, with the MW-West all sealed up, San Diego State will face either Wyoming or Boise State in the MW Championship no matter the outcome of this game. Colorado State has been playing their best football of the season as of late, however, I think San Diego State’s defense which ranks 9th in the country in total defense, will get back on track in this matchup and that Donnel Pumphrey and Rashaad Penny put up enough points on the Rams defense to get San Diego State to cover. Take the Aztecs to cover.