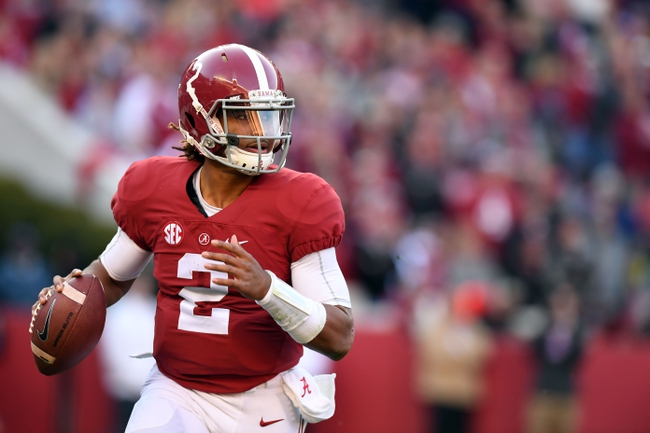 The Alabama Crimson Tide and Florida Gators clash Saturday afternoon in the SEC Championship at the Georgia Dome on CBS.

The Florida Gators look for their ninth win of the season by pulling off a major CFB upset. The Florida Gators also look for their ninth conference title. Austin Appleby is completing 60 percent of his passes for 964 yards, six touchdowns and two interceptions. Appleby has three touchdown passes in his last three games. Antonio Callaway and Brandon Powell have combined for 916 receiving yards and four touchdowns while Tyrie Cleveland has 13 receptions. The Florida Gators ground game is averaging 141.6 yards per contest, and Jordan Scarlett leads the way with 778 yards and six touchdowns. Defensively, Florida is allowing 14.6 points and 291.6 yards per game. Marcell Harris leads the Florida Gators with 57 tackles, Jabari Zuniga has five sacks and Teez Tabor has four interceptions.

Even with all of the injuries and the lack of offense, the Florida Gators continue to find ways to compete and hang in there against quality teams. Florida is still a scrappy football team on the defensive side of the ball and it's what helped make last years SEC title game closer than expected. We know Alabama is good and is playing its best ball of the season, but this line seems a bit high. Florida will find a way to hang around like it has all season.

I'll take a shot with the points here.