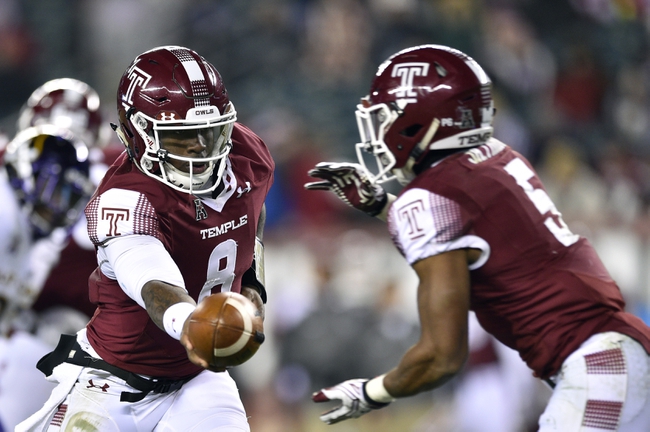 The Temple Owls will travel to Navy-Marine Corps Memorial Stadium to take on the 25th ranked Navy Midshipmen this Saturday afternoon in the AAC Championship.

Temple is an experienced team that has a solid offense that can beat you both through the air and on the ground and is led by their defense that is ranked 10th in scoring defense and 24th in rushing defense. Navy has one of the most explosive rushing attacks in the country which has been unstoppable as of late as during Navy’s 4-game winning streak, the Midshipmen have been averaging 52.8 ppg. This game is going to come down to whether the Owl’s defense can slow down Navy’s offense and as I feel that the Owls will be up for the challenge and keep Navy’s offensive points in the low 30’s, I feel that Temple will be able to generate enough offense against a weak Midshipmen defense to at least cover with the points. I’m taking Temple and the points in this one.