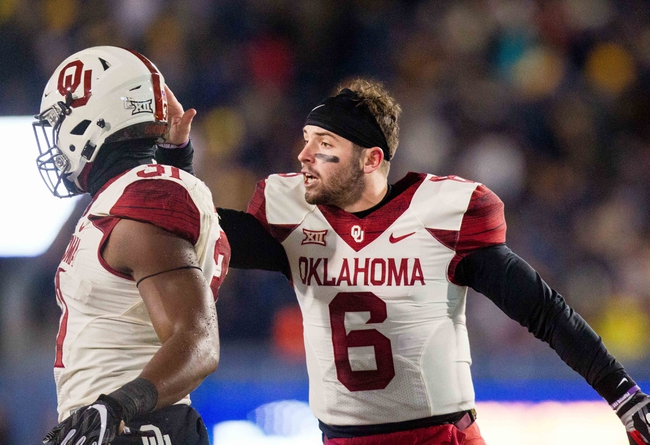 The Oklahoma Sooners look to build on their eight-game winning streak to pick up their 10th win overall. The Oklahoma Sooners have a shot at double-digit wins for the sixth time since the 2010 CFB season. Baker Mayfield is completing 71.4 percent of his passes for 3,381 yards, 35 touchdowns and eight interceptions. Mayfield has two or more touchdown passes in every game this season. Dede Westbrook and Joe Mixon have combined for 1,784 receiving yards and 19 touchdowns while Mark Andrews has 28 receptions. The Oklahoma Sooners ground game is averaging 228 yards per contest, and Mixon leads the way with 1,084 yards and seven touchdowns. Defensively, Oklahoma is allowing 30.5 points and 443.1 yards per game. Jordan Evans leads the Oklahoma Sooners with 81 tackles, Ogbonnia Okoronkwo has seven sacks and Steven Parker has two interceptions.

This is a lot of points to give a red hot Oklahoma State team that's won seven straight and putting up points at will. Yes, the Oklahoma Sooners are crushing and playing well in their own right, but we're getting two free touchdowns with a Cowboys squad that can really light it up on the offensive end. This line is simply showing no love to the Cowboys. I'll take my chances with OK State and the points.