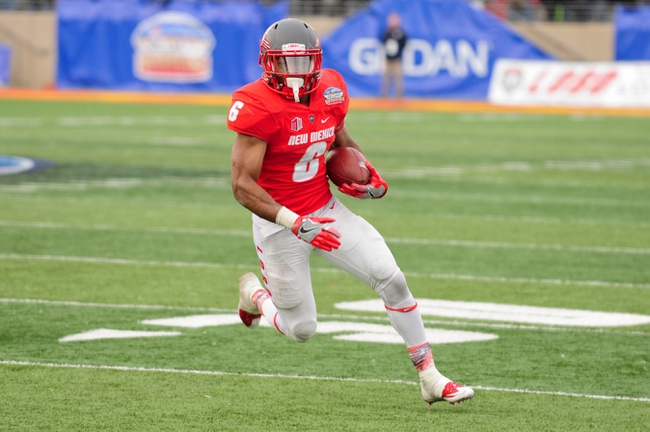 The New Mexico Lobos finished behind Boise State in the Mountain Division of the MWC with an 8-4 record. The Lobos and winning football are next to each other in the dictionary but we have to give this team credit for 6-2 conference record behind a high scoring offense. The UNM attack averaged almost 38 points and needed plenty of support with the defense allowin32 points on 397 yards with near average run and pass ‘D’. The Lobos were the best rushing team in the game at 361

yards and were fortunate to throw for over 100 yards so this was obviously a rushing squad. New Mexico quarterbacks Austin Apodaca and Lamar were both 600+ yard passers with Jordan running for 658 but whatever success the Lobos had was through the running of Teriyon Gipson (131-1209) and Tyrone Owens (134-1084) and a trio of receivers that combined for just over 700 yards.

The Texas-San Antonio Roadrunners had dropped three in row before winning the final game of the regular season to finish 6-6 and get a Bowl invitation. The Roadrunners were all over the map at times with an offense that averaged just 376 yards and 30 points which is good considering the rushing and passing numbers were below average while allowing 28 points on 400 yards, again below average. UTSA quarterback Dalton Sturm wasn’t deadly accurate at 58% but he did throw for over 2,000 yards with 18 touchdowns and five interceptions with Josh Stewart and Kerry Thomas Jr. combining for 67 receptions and nearly 1,200 yards. UTSA were decent on the ground with Jarveon Williams and Jalen Rhodes combining for over 1,500 yards on 333 carries.