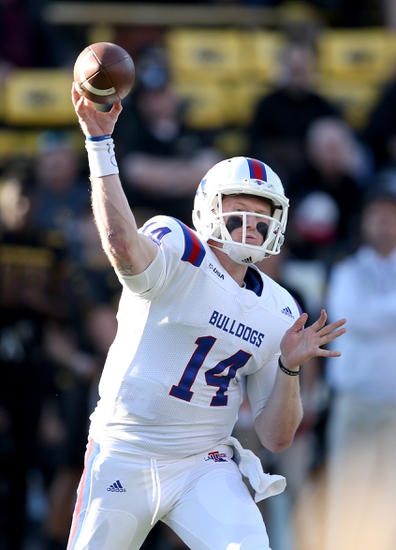 The Louisiana Tech Bulldogs and the 25th ranked Navy Midshipmen will face off at Amon G. Carter Stadium in the Lockheed Martin Armed Forces Bowl on ESPN.

This should be a fun matchup to watch that has the potential to be a very high scoring game with Louisiana Tech great passing attack and Navy’s outstanding rushing offense. Navy will try to keep Ryan Higgins off the field by controlling the clock with their running game however, Louisiana Tech has done well against the run this season ranking 30th in College Football in rushing defense. Navy has had a great season however, as I just don’t see the Midshipmen being able to stop the Bulldogs on the defensive side, I think Louisiana Tech is the play in this one. Take Louisiana Tech to win!