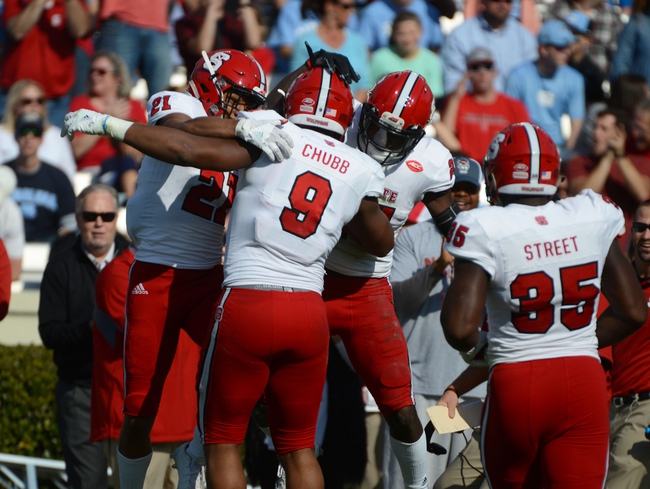 Coming up in college football activity on Monday, December 26, we’ve got the Camping World Independence Bowl from Independence Stadium in Shreveport, Louisiana between the North Carolina State Wolfpack and the Vanderbilt Commodores.

North Carolina State limps in here with a 6-6 record, dropping five of their last seven games. The Wolfpack’s last game was a 28-21 win over North Carolina, however, and secured their bowl eligibility. In that one, NC State RB Matthew Dayes logged 26 carries for 104 yards and a pair of touchdowns.

On the year for the Wolfpack, QB Ryan Finley holds 2820 yards with 15 touchdowns and eight picks, while Dayes sits on 240 carries for 1119 yards and 10 scores. Stephen Louis is North Carolina State’s top receiver on 33 catches for 657 yards and two TDs.

Over on the Vanderbilt side, they’re sitting on a 6-6 record this year as well, but won four of their last six outings. The Commodores’ most recent win came in an upset against Tennessee, with QB Kyle Shurmur tossing 416 yards and a pair of touchdowns.

On the season for the Commodores, Shurmur has 2251 yards with nine touchdowns and seven interceptions, while Ralph Webb leads the team in rushing on 229 carries for 1172 yards and 12 scores. Trent Sherfield is the top Vanderbilt receiver with 31 catches for 448 yards and one TD.

Vanderbilt hit a nice run to end the season, but it’s likely too good to be true. The Commodores’ passing attack is pretty limp, and the team lacks a go-to receiver who can get into the end zone. It’s going to be a heavy dose of Webb for Vanderbilt in this one, and I don’t think that will be enough to get them past North Carolina State. I’ll take the Wolfpack here.