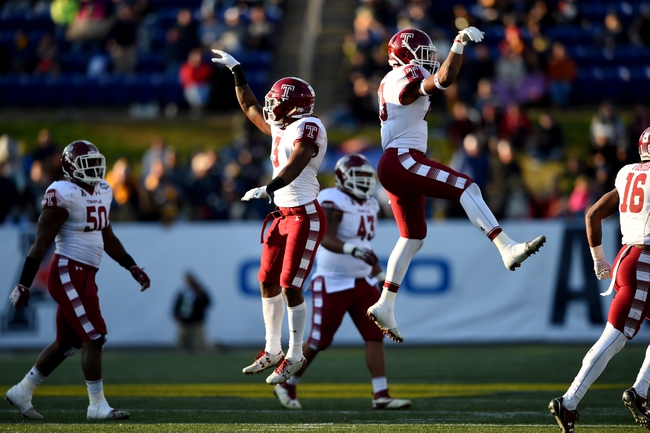 Coming up on Tuesday, December 27 from Jack Stephens Field at Navy-Marine Corps Memorial Stadium in Annapolis, the Temple Owls will be meeting up with the Wake Forest Demon Deacons in the Military Bowl presented by Northrop Grumman.

Temple finished off the regular season with a 10-3 record, winning their final seven games and nine of their last 10 after starting out just 1-2. In their last outing, the Owls finished off Navy with a 34-10 victory. In that one, Temple QB Phillip Walker went 16-of-25 for 199 yards and two touchdowns.

On the year for the Owls, Walker sits at 2899 yards with 20 touchdowns and 12 interceptions, while Jahad Thomas is tops in the rushing game on 200 carries for 918 yards (Ryquell Amsted is also sitting on 918 yards on 149 carries). Ventell Bryant is tops in the receiving game with his 43 catches for 744 yards and four scores.

Over on the Wake Forest side, they’re coming into the Military Bowl with a 6-6 record, stumbling into the gate with five losses in their last six games. The Demon Deacons’ most recent loss came against Boston College in a 17-14 nail-biter. In that one, Wake Forest QB John Wolford went 16-of-33 for 137 yards, two scores and two picks.

On the season for the Demon Deacons, Wolford sits at 1591 yards, seven touchdowns and nine picks, while Matt Coburn leads the rush with 566 yards on 137 carries and one TD. Cortez Lewis is the high man for Wake Forest in receiving with 32 catches for 415 yards and one score.

Looking at the Owls and Demon Deacons in an apples-to-apples comparison leaves the advantage far on the side of Temple, who surged through most of the season and shouldn’t have any problem tossing a blowout here. Wake Forest simply doesn’t have the offense to keep up, and more than likely will get buried early.