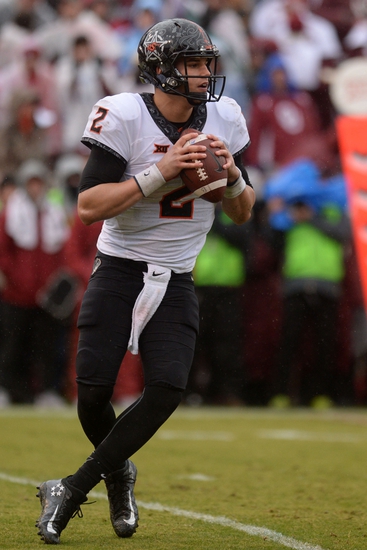 The Oklahoma State Cowboys and the Colorado Buffalo look for a college football win in the Alamo Bowl.

The #12 Oklahoma State Cowboys have been a solid team once again at 9-3 with a great offense and bend but don’t break defense. The offense first Cowboys averaged 492 yards and almost 39 points behind a top ten passing attack that put up 323 yards while the defense allowed 457 yards but controlled the scoreboard with 28 points given up. OSU quarterback Mason Rudolph threw for nearly 3,800 yards with 25 scores on 63% with James Washington totaling over 1,200 receiving yards while Jalen McCleskey and Jhajuan Seales combining for over 1,300 yards. Justice Hill was the Cowboys most dangerous runner with over 1,000 yards on 187 carries.

I thing the Colorado Buffaloes were overlooked early in the year but people became believers as the season matured. The Buffaloes were a strong scoring team at 33 points on 446 yards behind top 50 rushing and passing units while an outstanding defense gave up under 21 points on 328 yards with a mere 182 passing yards allowed. If Buffs quarterback Sefo Liufau (2171 yards) and his ankle are still banged up then Steven Montez is a capable passer who threw for 1,017 yards on 60%. Shay Fields and Devin Ross combined for over 1,600 receiving yards with three others totaling over 1,300 yards between them. Phillip Lindsay (230-1189) was the only runner of significance.