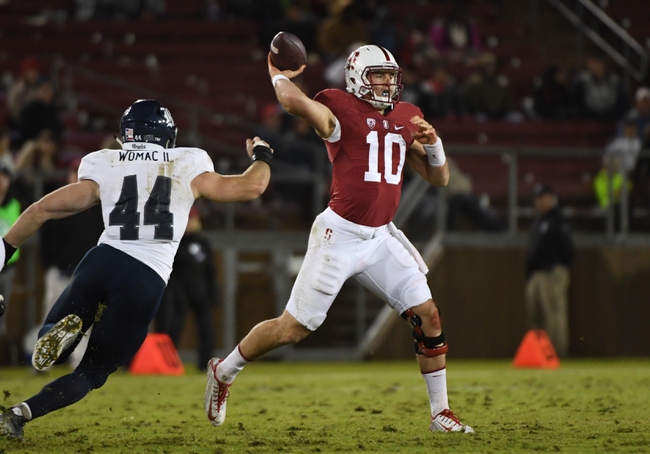 The Stanford Cardinal will play the North Carolina Tar Heels in the Hyundai Sun Bowl on December 30th.

The Stanford Cardinal are 9-3 (6-3) this season after beating Rice by a score of 41-17 in their last game. Stanford won their last 5 games to end the season and was able to finish 3rd in the PAC-12 North standings. Stanford has also beaten California, Oregon, Oregon State, Arizona, Notre Dame, UCLA, USC, and Kansas State this year. The Stanford offense is averaging 26.4 points per game with 215.6 rushing yards and 158.5 passing yards per game. Keller Chryst is completing 56.9% of his passes for 837 yards, 9 touchdowns, and 2 interceptions for Stanford. Christian McCaffrey (OUT) has ran for 1603 yards and 13 touchdowns, while Bryce Love has added 664 yards and 3 touchdowns for Stanford. Trenton Irwin has caught 36 passes for 437 yards and 1 touchdown, while Michael Rector has added 31 catches for 355 yards and 3 scores for the Cardinal. Stanford’s defense is giving up 20.2 points per game with 146.7 rushing yards and 218.9 passing yards per game. Dallas Lloyd has led the Stanford defense with 55 tackles and 3 interceptions, while Solomon Thomas has added 55 tackles, 13 tackles for loss, and 7 sacks. Conrad Ukropina has gone 18-22 on field goals, with a long of 52 yards.

This will be yet another exciting bowl game during bowl season between two very good teams. North Carolina has a good passing attack, but will be up against a strong defense. With McCaffrey sitting this game out, I like North Carolina against a mediocre offense.