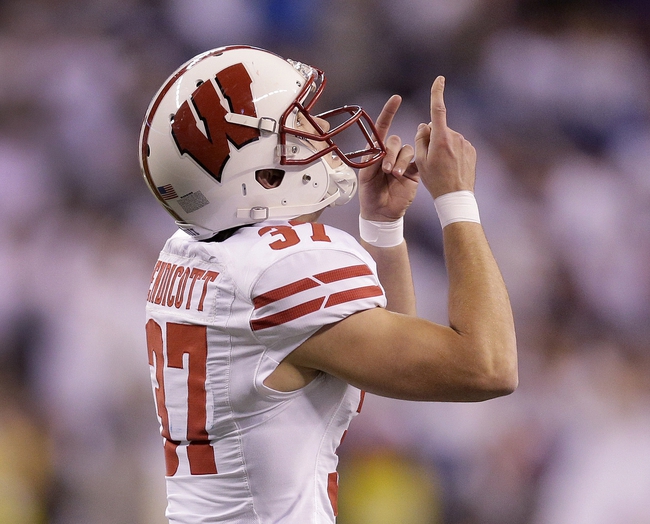 Coming up in college football action on Monday, January 2 from AT&T Stadium in Arlington, it’s the Goodyear Cotton Bowl Classic, featuring the Western Michigan Broncos and the Wisconsin Badgers.

Wisconsin comes into this game with a 10-3 record on the year, bagging a six-game win streak toward the end of the season but stumbling against Penn State 38-31 in their last game. In that one, Wisconsin RB Corey Clement rushed 21 times for 164 yards and a TD, but it wasn’t enough.

On the season, Alex Hornibrook leads the passing categories for the Badgers with 1243 yards, eight touchdowns and seven picks, while Clement is tops in the running game on 1304 yards and 14 touchdowns on 292 carries. Jazz Peavy is Wisconsin’s top receiver on 43 catches for 635 yards and five scores.

Over on the Western Michigan side, they’re coming into the Cotton Bowl with a flawless 13-0 record, running the gauntlet with wins against Northwestern on September 3 all the way through the 29-23 victory over Ohio that marked the end of the season. In that one, Western Michigan QB Zach Terrell tossed a pair of picks but made up for it with a pair of TDs to help win the game.

On the year, Terrell sits on 3376 yards, 32 touchdowns and three picks, while Jarvion Franklin is tops in the Western Michigan running game with 241 carries for 1300 yards and 12 scores. Corey Davis is the Broncos’ top receiver with 91 catches for 1427 yards and 18 touchdowns.

This should be a fun matchup. Even though the Broncos are supposedly outclassed here, they’ve got an explosive offense that should serve to give Wisconsin fits deciding who to focus on. The line is thick enough that I think Western Michigan can cover, finish this one close and maybe even pull out an upset victory.