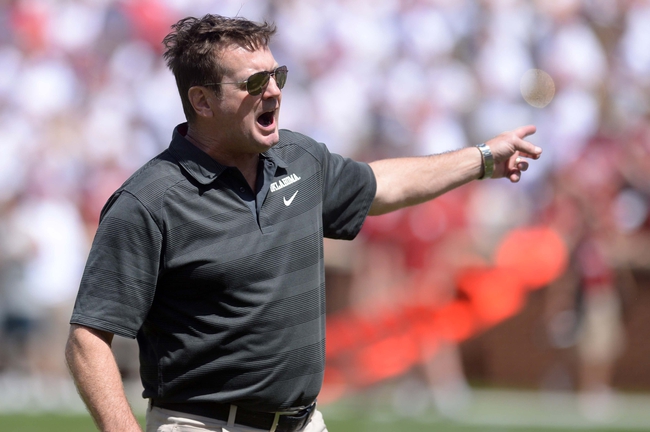 The Oklahoma Sooners have won double-digit games in six of the last seven years but hope to get back into the national championship picture in 2017. The Sooners have a lot of promising players returning from last years squad and hope this is the season they can run through the Big 12 and get back to the college football playoffs.

Offense: The Sooners enter another season with one of the best quarterbacks in the country in Baker Mayfield, who completed 71 percent of his passes for nearly 4,000 yards and 40 touchdowns last season. Mayfield may have had his hiccups last season, but he has 88 touchdown passes and nearly 10,000 passing yards for his career and is the engine to this Sooners offense. Rodney Anderson and Abdul Adams will be asked to replace Samaje Perine and Joe Mixon at running back, which won’t be easy, but they have the talent and upside to be effective. Mark Andrews, Jeffery Mead and Jeff Badet will all be given a larger workload with Mixon and Dede Westbrook no longer around, which does raise some questions at the wide receiver spots. Oklahoma also still has a young offensive line led by Orlando Brown, Ben Powers, Bobby Evans and Erick Wren, but the Sooners were above-average at protecting the quarterback last season. While there are questions with this unit, having Mayfield at quarterback gives Oklahoma a dangerous offense with high upside.

Defense: Oklahoma returns one of the top defensive playmakers in the Big 12 in Ogbonnia Okoronkwo, who had nine sacks and 71 tackles. Emmanuel Beal finished second on the team with 81 tackles and gives the Sooners one of the better linebacker pairs in the country. Caleb Kelly is also a name to watch, as he came on strong late last year and should be the starter on the strongside. Jordan Thomas is an experienced cornerback who came away with two interceptions and 19 passes defended last season, which was tid for the most in the Big 12. Steven Parker has been a quality safety the last three years for Oklahoma and has improved each season, while Will Sunderland is poised for a breakout season with more playing time. The Oklahoma defensive line is also a promising unit with another year of Matt Romar and Neville Gallimore clogging up the middle at defensive tackle. There’s also a lot of options at defensive end with D.J. Ward, Kenneth Mann and Amani Bledsoe rotating. With most of this unit returning from last season, I don’t expect the Sooners to be ranked 82nd in the country in yards allowed per game.

Outlook: I’m always hesitant on putting Oklahoma in the national title conversation because I have little faith in Bob Stoops coming through in big games. It seems like the Sooners surprise folks when nobody is paying attention and disappoint when everybody is expecting a playoff run. Getting smoked by Houston and Ohio State in the first three weeks last season was a perfect example. Regardless, the Sooners have all of the talent to not only win the Big 12 but also be a college football playoff team. There are questions at the skill positions on offense and the defense wasn’t good last season, but Mayfield is a proven and experienced quarterback, and this team did finish the year strong with 10 straight wins. There's 16 starters returning from last years squad, so maybe this is the year OU finally gets it together. At +1000 to win the title, there may be some value to that if you're a bigger believer in Stoops than I am.