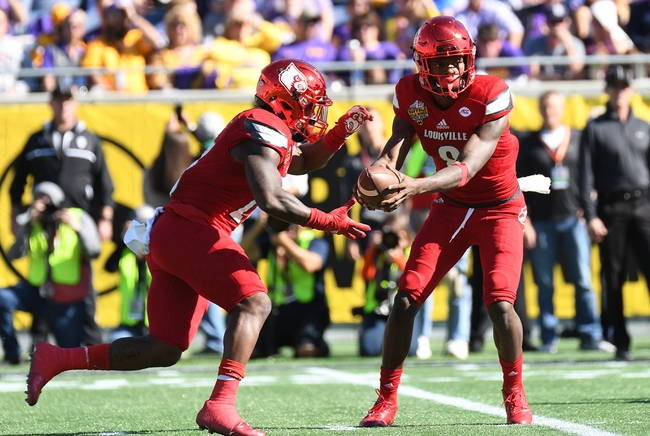 Second year coach Mike Neu looks for his 2017 Ball State Cardinals to develop consistency on both sides of the football to make some noise in the MAC.

Overview: Despite a 4-8 season a year ago, the Ball State Cardinals have a few things going for them with a solid ground game and some experience offensively. The Cardinals hope for a complimentary passing attack to develop along with a defense that has consistent stopping power should the offense falter

Offense: The Ball State Cardinals have the potential to throw the ball successfully with quarterback Riley Neal looking to cut back on interceptions and get the ball down the field more often. Ball State opponents will have to be aware of Neal who showed he can pull the ball down and run on occasion. The Cardinals receiving corps will feature Corey Lacanaria as the top option with Devin Reese and John Hogue needing to expand their roles while a few red shirt freshman could get a look. BSU will rely on their rushing attack where James Gilbert will lead the way with Malik Dunner and Darian Green getting opportunities. Throw in the return of three starters along the offensive line and the Cardinals rushing game should produce.

Defense: The Cardinals created their share of opportunities on the defensive side of the football as they did get in to the backfield at times with their line, secondary and linebacking crew each doing a solid job in the TFL category but many have graduated and those remaining have to step up. Anthony Winbush looks to be the top lineman back who is capable of making plays behind the line of scrimmage while John Swisher and Kevin Willis have senior leadership at defensive tackle. The Cardinals situation at linebacker might depend on what some inexperienced players bring to the table, especially if 2016 backups Damon Singleton and Jeremiah Jackson struggle. The Ball State secondary looks set with corners David Moore, Marc Walton and Josh Miller back but we’ll see if the guys in front of them get pressure on the QB.

Special Teams: The only known quantity returning for Ball State is placekicker Morgan Hagee who was rock solid on field goals under 40 yards and showed some leg on longer attempts and will probably handle the punting duties as well. Look for the Cardinals return game to be open until somebody succeeds or fails.

Outlook: The Cardinals were downright miserable in close games with four defeats in games decided by a single score. BSU has the ability to become Bowl eligible if the voids on defense are filled but there will be close games regardless and how the team fares in those will determine their fate.