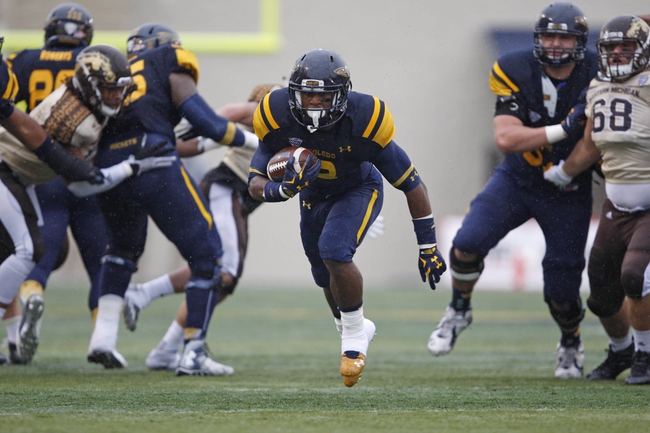 The Toledo Rockets have the weapons in place to win the MAC in 2017 if they can get by Western Michigan and Northern Illinois.

Overview: The Toledo Rockets have loads of talent but haven’t been able to get over the hump and capture that elusive MAC crown and usually Western Michigan or Northern Illinois takes them down. The Rockets have recruited well and have the best signal caller in the conference so will this be their year?

Offense: The Toledo Rockets have an experienced and very talented quarterback in Logan Woodside who spreads the ball around with great success while limiting mistakes. Woodside and the Rockets get back  Cody Thompson along with Jon’Vea Johnson, Diontae Johnson, Danzel McKinley-Lewis and some strong recruits to give the passing game more then enough options. Toledo will miss Kareem Hunt but Terry Swanson gives the rushing attack plenty to look forward to and his ability to catch the ball out of the backfield gives the team options galore. Look for Art Thompkins to get plenty of carries as well and with an experienced O-Line opening holes and protecting Woodside, the Rockets have the best offense in the conference.

Defense: The Rockets defense was strongest against the pass and were susceptible to the run at times and a lack of depth last season could have been the reason as fatigue likely hurt this unit. That could change with the Rockets signing several three star athletes to help Toledo up front but incumbents Daniel Davis and Marquise Moore at tackle and Adeniyi Olasunkanmi at end will be part of any rotation along with Tyler Taafe and Ja’Wuan Woodley at linebacker. The secondary will feature a rotation of Ka’Dar  Hollman, Trevon Mathis, Josh Teachey and DeDarallo Blue with Marcus Whitfield and Aaron Covington in the mix but Toledo needs help at safety and the effectiveness of the run and passing defense could hinge on what happens there.

Special Teams: The Rockets were one of the lower ranked squads in special teams performance as in bottom third nationally so an upgrade in most spots would be welcome but unlikely to happen.

Outlook: I always say that on paper Toledo has a better then average shot at winning the conference if they can avoid letdowns against WMU and Northern Illinois or anybody for that matter. I’m at the point where I expect something bad to happen and ruin their title hopes but this should be the team to beat.