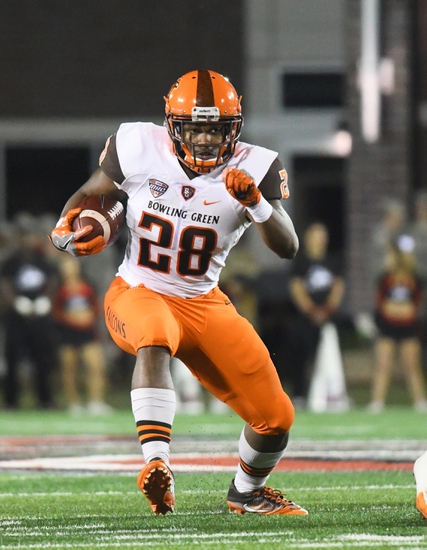 The Bowling Green Falcons look to avoid a slow start to reach Bowl eligibility in 2017.

Overview: Mike Jinks went 4-8 in his first year at the helm for Bowling Green with a three game winning streak to end 2016. The Falcons look to bounce back behind an offense that has potential while hoping the defensive side of the football can hold their own.

Offense: The Bowling Green Falcons lost quarterback James Knapke to graduation but fortunately James Morgan started several games as a freshman in 2016 and will at least have some experience as the fulltime starter in 2017. BGSU didn’t get a lot from Morgan in the air for the most part but he will have weapons to improve with several highly regarded three star recruits coming in so the options at wide receiver can only help the passing attack improve. The Falcons have not been known for their ability to run the football but the strength of the offense could be on the ground with Josh Cleveland and Donovan Wilson giving the backfield speed and power although only two starters return along the offensive line to run behind which isn’t ideal on paper.

Defense: The Bowling Green defense was better against the run then pass but a  youthful secondary in 2016 has hopefully gained enough experience to show improvement. The defensive line will lean on David Konowalski at tackle and end Gus Schwieterman but the Falcons need to develop a rotation. The BGSU linebacking unit appears to be set with Austin Valdez, Dorian Hendrix and Brandon Harris back in the fold. The Bowling Green secondary saw corners Will Watson and Clint Stephens miss significant time last season because of injuries so by default, the defense was forced to play some younger players which translates in to shaky performances in 2016 that improve in 2017 because of experience. Jamari Bozeman is back at safety so the Falcons passing ‘D’ should have a bit more bite.

Special Teams: Joe Davidson gave the Bowling Green Falcons special teams some star power with his huge leg at punter at 46 yards per boot but outside of Davidson this unit things weren’t all that impressive.

Outlook: The Falcons have enough talent on offense to be able to find the endzone consistently and if the defense is at least competitive a Bowl invitation is not out of the question in Jinks second season.