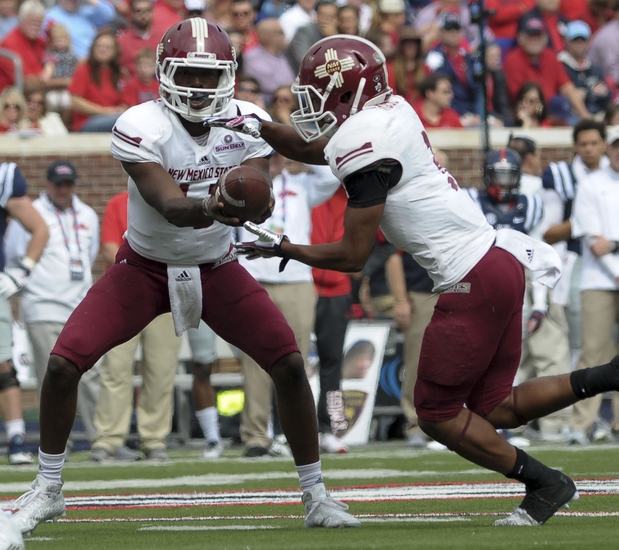 The New Mexico State Aggies hope for a breakthrough season from the defensive side of the football to make some noise in 2017.

Overview: Head coach Doug Martin and the New Mexico State Aggies were just 3-9 a year ago and need a healthy rushing attack and a viable passing game to overcome some defensive deficiencies.

Offense: New Mexico State needs some balance on offense and that means quarterback Tyler Rogers (granted one more year of eligibility)  has to complete passes and he has some options to play catch with. The Aggies top receiving options are OJ Clark, Jaleel Scott, Gregory Hogan and Izaiah Lottie but the passing attack has to be competent, not earth shattering if the rushing game stays healthy. NMSU is hoping running back Larry Rose III remains healthy for a full 12 game slate for two reasons; he is very good and depth behind him is an unknown. New Mexico State should be fine up front with transfers and returning players giving the line plenty of potential.

Defense: New Mexico State had their moments stopping the run but struggled mightily against the pass. The front seven showed potential versus the run but didn’t help a porous secondary much with virtually no pass rush as opposing quarterbacks generally had a field day in the air. The NMSU defensive line gets back Stody Bradley and Kourtland Busby and has several ranked freshman and JUCO transfers coming in. The Aggies linebacking unit features Dalton Herrington and Terrill Hanks who made numerous TFL in run defense while for better or worse the secondary gets back virtually everyone and the thinking is a year of experience has to be a good thing.

Outlook: New Mexico State is in their last season in the Sun Belt so a Bowl would be a great way to head in to their role as an Independent in 2018. I believe a healthy Aggies squad could become Bowl eligible but their schedule looks to be too tough.