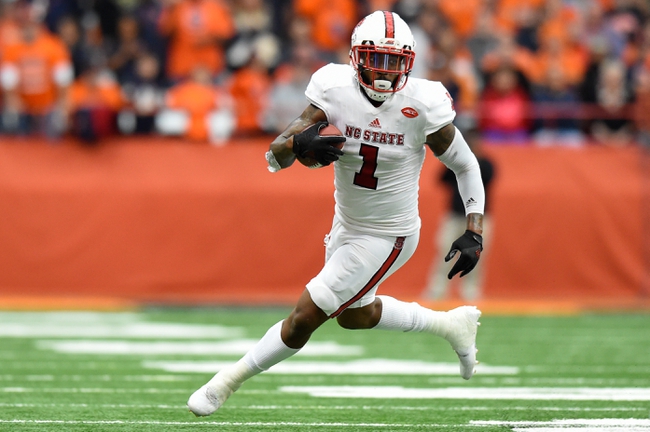 We’re inching closer and closer to the 2017 college football season, which means you’re running out of time to do your homework. If you hope to make a profit this season and crush the bookies, you should already have a good idea of what’s what before the season even starts. This article, I’m looking at the top tight ends in college football, a position that isn’t exactly sexy but is key to an offenses success due to the ability to block while also being effective in the passing game.

Having one of these top players at this position can do wonders for an offense.

Here are the top 10 tight ends heading into the 2017 college football season.

1. Troy Fumagalli, Wisconsin Badgers - Troy Fumagalli has combined for 75 catches his last two seasons and is coming off a year in which he averaged 12.3 yards per catch. You’d like to see Fumagalli put up more touchdowns this season, but he’s somebody who consistently makes the big play in big moments and is the x-factor to Wisconsin’s offense.

2. Jaylen Samuels, NC State Wolfpack - Jaylen Samuels is one of the smaller tight ends on this list at just 5’11”, but that hasn’t stopped him from producing 120 receptions, more than 1,100 receiving yards and 14 touchdowns the last two seasons. Samuels really opens up NC State’s offense, and he also has 16 rushing touchdowns for his career.

3. Adam Breneman, Massachusetts Minutemen -  After transferring from Penn State, Adam Breneman had 70 receptions, 808 yards and eight touchdowns in his first season with his new school. Breneman’s reception total was tied with JuJu Smith-Schuster for 43rd in the country. With Evan Engram graduated, Breneman is the top returning tight end statistically.

4. Mike Gesicki, Penn State Nittany Lions - Mike Gesicki has improved his production each of his three seasons in Happy Valley and is fresh off a season in which he had 48 receptions, 679 yards and five touchdowns. Gesicki hauled in a touchdown in each of Penn State’s final three games and could have his best year yet with all the weapons the Nittany Lions have.

5. Mark Andrews, Oklahoma Sooners - Mark Andrews could have his best season yet now that Dede Westbrook and Joe Mixon are no longer around. That’s kind of scary considering Andrews has seven touchdown receptions in each of his first two seasons. Last year, Andrews scored on 22.5 percent of his receptions.

7. DeAndre Goolsby, Florida Gators - Despite lacking a reliable quarterback, DeAndre Goolsby had 38 receptions, 342 yards and three touchdowns last season. Goolsby scored in each of the last two games last year and with a consistent QB throwing the ball, Goolsby could end up being the most productive tight end in the SEC.

8. Marcus Baugh, Ohio State Buckeyes - Marcus Baugh hasn’t exactly lived up to being a 4-star recruit coming out of high school, but he’s coming off his best season that included 24 receptions, 269 yards and two touchdowns. With offensive coordinator Kevin Wilson taking over, expect Baugh to become a much bigger part of the Buckeyes gameplan.

9. C.J. Conrad, Kentucky Wildcats - C.J. Conrad averaged almost 14 yards per catch last season and has scored on 14.7 percent of his career receptions. Conrad is an athletic big man at 6’5” who can make plays after the catch and should get more touches his junior season.

10. Blake Mack, Arkansas State Red Wolves - Blake Mack led Arkansas State last season with 652 receiving yards and an average of 19.1 yards per catch. Mack has only found the end zone four times in three years, but his big play ability can’t be denied. Mack has moved the chains on 35 of his career 49 receptions.