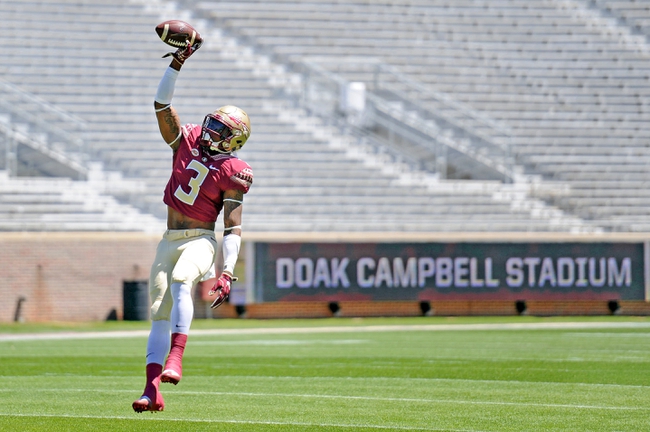 We’re inching closer and closer to the 2017 college football season, which means you’re running out of time to do your homework. If you hope to make a profit this season and crush the bookies, you should already have a good idea of what’s what before the season even starts. This article, I’m looking at the best defensive backs in the country.

In today’s game where it’s become so pass-happy, it’s important to have a great secondary to solidify a defense.

Here are the top 10 defensive backs heading into the 2017 college football season.

1. Jaire Alexander, Louisville Cardinals - Jaire Alexander was just getting his feet wet his first two seasons and is coming off a year in which he had five interceptions and nine pass deflections. The sky is the limit for Alexander, who should have his best season yet before leaving for the NFL draft.

3. Derwin James, Florida State Seminoles - Derwin James played just two games last season, but his production in 2015 and his pure athleticism makes him one of the best players in college football regardless. James will be used all over the field this season, as he’s simply a playmaker regardless of where he lines up.

5. D.J. Reed, Kansas State Wildcats - D.J. Reed is just another example of Bill Synder finding guys and getting the best out of them, as he had 16 pass deflections, 75 tackles and three interceptions last season. Reed is one of the best in the country at closing on the ball and making a play.

7. Duke Dawson, Florida Gators - Florida is building a history of turning out elite defensive backs and Duke Dawson is next in line. Dawson has great ball skills and never gets caught out of position, and this will be his best season yet in a Florida uniform.

8. Quin Blanding, Virginia Cavaliers - Quin Blanding has lived up to his recruiting hype, as he’s produced 356 tackles, six interceptions and 14 pass deflections in three seasons. Blanding is a safety with natural cover ability and will be a high NFL draft pick after his senior season.

9. Marcus Allen, Penn State Nittany Lions - Most people know Marcus Allen for blocking the kick against Ohio State, but he’s coming off a season in which he had 110 tackles and set the tone for the surprising Nittany Lions. While the offense gets a lot of the credit in Happy Valley, Allen is a difference maker on the defensive side and a key piece to PSU’s title hopes.

10. Iman Marshall, USC Trojans - In his first two seasons, Iman Marshall has combined for 119 tackles, six interceptions and 17 pass deflections. Marshall will prove his worth now that Adoree' Jackson is no longer around, and he’ll impress NFL scouts by locking up the top guy in the Pac-12 each week.