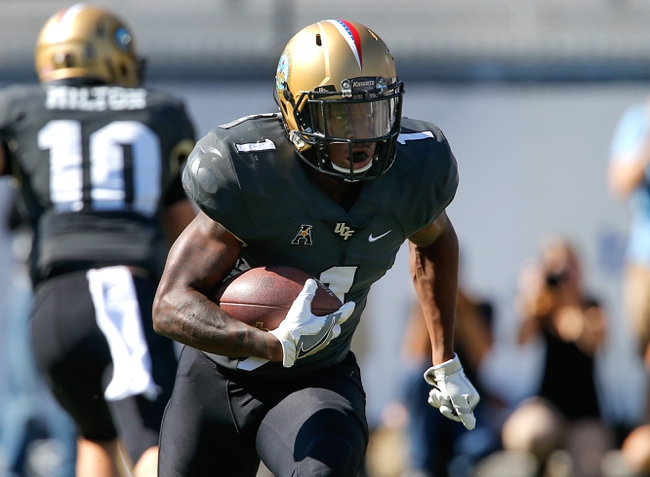 The 2017 Central Florida Knights look to make their mark in the AAC under second year coach Scott Frost.

Overview: The Central Florida Knights went from winless in 2015  to a postseason berth under the guidance of Scott Frost despite little help from the offense. Can Frost get more scoring to give the defensive side of the football some help in 2017?

Offense: The Central Florida Knights success in 2016 was not because of the offensive side of the football that wanted to play fast but wasn’t good at it. In reality, the offense lacked experience and last season’s youth has a year of experience under their belt. UCF quarterback McKenzie Milton enjoyed some early season success throwing the ball mixed with a bit of running but a freshman throwing for nearly 2,000 yards is solid ground to build on. Jawon Hamilton led UCF in rushing in 2016 with almost 500 yards while catching 17 passes while Tre’Quan Smith and Dredrick Snelson are the top guys in the receiving corps. Central Florida needs a more experienced offensive line to open holes in the ground game which didn’t happen in 2016.

Defense: Central Florida might have struggled to move the chains but the defensive side of the football was very good despite shouldering most of the load. UCF was generally better against the pass then the run and the team is hoping to balance those numbers in 2017. Central Florida gets virtually everyone back along the defensive line with DE Tony Guerad bringing back ten TFL while Trysten Hill and Jamiyus Pittman showed ability to make plays behind the line of scrimmage. All AAC linebacker Shaquem Griffin recorded 20 TFL and nearly 12 sacks and he has five players back around him that saw the field regularly a year ago. Central Florida’s strong showing versus the pass in 2016 will be tough to match with the two top corners and safeties gone so this might be a weak link unless somebody steps up.

Outlook: Frost has a history of success and I think the Central Florida offense does improve a bit and so does the run ‘D’ even though controlling the pass might be more challenging. Another trip to a Bowl looks like a solid bet.