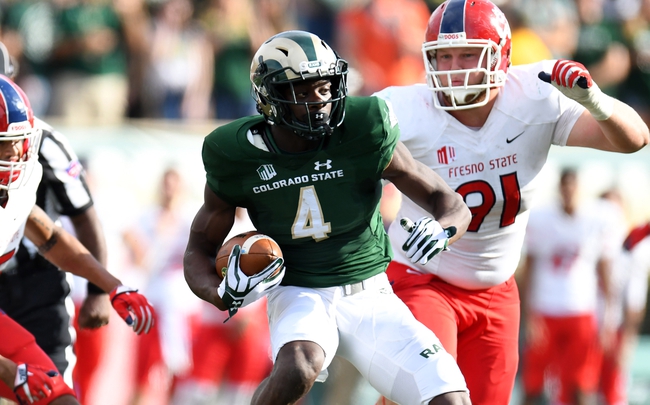 The Oregon State Beavers will travel to CSU Stadium to take on the Colorado State Rams to begin their college football season on Saturday August 26th.

The Oregon State Beavers had a tough season in Gary Anderson 2nd year at the helm, finishing the season with just a 4-8 overall record, however, there is some reasons from optimism as the Beavers did finishing their season with impressive wins against Arizona and Oregon. Offensively, the Beavers were ranked 105th in the nation on offense, averaging 26.2 ppg on 191.7 rushing yds/game and 173.8 passing yds/game. Oregon State will most likely rely heavily on their backfield which is led by Ryan Nall who finished last season with 13 TD’s and 951 rushing yards. Oregon State had a position battle at the QB position during spring practice but has named transfer Jake Luton the starter for opening day. The Beavers hope that WR Jordan Villamin can have a bounce back season after a disappointing 2016 season and welcome back TE Noah Togiai who was lost for the majority of last season due to injury.  On the defensive side, the Beavers were marginally better as they ranked 79th nationally in 2016 allowing an average of 30.5 ppg and giving up 429.2 total yards per game. The defense will be led in the middle by linebacker duo of Manase Hungalu (83 tackles, 3 fumble recovers, 1 INT) and Bight Ugwoegbu (54 tackles, 11 for loss, 5.5 sacks). In the secondary, the Beavers are led by Freshman All-American, Xavier Crawford (70 tackles, 10 pass breakups, 1 INT).

The Colorado State Rams finished last season with an overall 7-6 record and although they lost in the Potato Bowl to the Idaho Vandals, the Rams finished the season strong winning 4 of their last 5 regular season games. In his 3rd season as coach, Mike Bobo returns multiple weapons on offence that ranked 30th in the nation (35.5 ppg, 217.8 rushing yds/game and 244.7 passing yds/game) including dual threat quarterback Nick Stevens who completed 75% in 4 straight games last year and accounted for 5 scores in the Potato Bowl. The Rams biggest weapon is WR Michael Gallup (1,272 receiving yds, 14 TDs) who finished the season on an absolute tear after averaging 140.4 yds/g over the Rams final 5 games. The Rams backfield is led by Dalyn Dawkins (919 total yards) and Izzy Matthews (734 yds, 13 TDs). Colorado State struggled a bit on the defensive end last season as they allowed their opponents to average 30.4 ppg (ranked 81st) on 419.2 total yards per game (ranked 69th). The Rams will bring back 8 starters on the defensive end and although they no longer have second-team all-conference linebacker Kevin Davis, the Rams are led by one of the better LB’s in the Mountain West in Josh Watson. Colorado State has some good experience on the defensive line this season and will hope that Darnell Thompson will continue to apply pressure on opposing QB’s.

Gary Anderson has a large task in trying to rebuild the Beavers into a top College Football program and although they are headed in the right direction, I do think that the Beavers are a few years away. Colorado States offense was running on all cylinders late last season and with the Nick Stevens/Michael Gallup combo back, the Rams are going to have one of the best offensives in the Mountain West. Colorado State will be opening their brand-new stadium in this one which should give the Rams a bit of extra motivation to come out strong and as the Beavers didn’t win one game on the road last season, I think the Rams will do enough in this one to cover this small spread. Take Colorado State to cover.