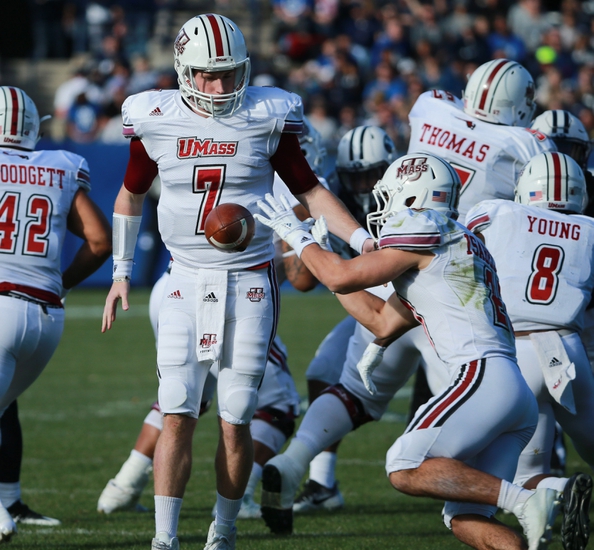 The Hawai'i Rainbow Warriors won seven games last year including a bowl game, so fans have something to look forward to in the second season under coach Nick Rolovich. Hawaii has its quarterback in Dru Brown, who completed 62 percent of his passes for 19 touchdowns, and he should be better this season with his freshman year out of the way. Hawaii also has a 1,000-yard rusher in Diocemy Saint Juste, three returning offensive linemen and two young promising receivers in John Ursua and Dylan Collie, so the Rainbow Warriors are in good shape offensively. Defensively, Jahlani Tavai returns after 129 tackles last season, Meffy Koloamatangi had three sacks and Trayvon Henderson had three interceptions. The Hawai'i Rainbow Warriors have lost nine of their last 12 road games.

The UMass Minutemen have won three or less games each of the last seven years and hope coach Mark Whipple can find something to turn things around in his fourth year. UMass has its quarterback in Andrew Ford, who topped 2,600 yards and 26 touchdowns last season, and he has a talented running back in Marquis Young to take pressure off of him. Massachusetts also returns a trio of receivers in Adam Breneman, Andy Isabella and Sadiq Palmer that combined for 16 receiving touchdowns last season. The UMass Minutemen should improve on an offense that averaged 23 points per game last season, and UMass can only hope that leads to more victories. Defensively, Steve Casali returns after 105 tackles last season, Da'Sean Downey had six sacks and Isaiah Rodgers had two interceptions. The UMass Minutemen have lost eight of their last 10 home games.

UMass lost by just six points to Hawaii last season on the road and had a brutal schedule that should have the Minutemen battle tested for this season. We're talking about a UMass team that played Florida, BYU, Miss State, Boston College and South Carolina. The Hawai'i Rainbow Warriors are a team that consistently puts up points, but they struggle defensively and are not the best road team in the world. This is a long trip from the island. The Minutemen should be a confident bunch with how they performed last year against the Warriors and be able to use that to their advantage. Not to mention having a playmaking quarterback in Ford leading the way also helps. I like UMass to get the victory here in front of its home crowd.