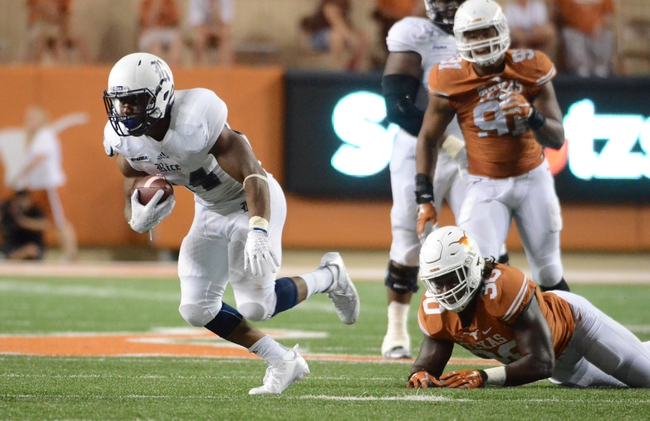 The Stanford Cardinal struggled at the beginning of last season, opening their season with just a 4-3 record, however, finished 2016 strong winning their last 6 games which included a 25-23 victory over the North Carolina Tar Heels in the Sun Bowl. Head Coach David Shaw has a tough job ahead this season as he needs to replace two of the better players in College Football in RB Christian McCaffrey and DL Solomon Thomas who both went in the top-10 of the NFL draft. On the offensive end, Stanford is returning 8 starters from an offense that averaged 26.3 ppg (T-83rd) on 367.1 total yards per game. Leading the way for the offense will be their strong offense line led by Nate Herbig and RB Bryce Love who had 3 TD while averaging 65.3 rushing yds/g on 9.3 att/g. The Cardinal will hope that QB Keller Chryst, who had 10 TD’s while averaging 75.4 yds/g on 11.3 att/g, will be fully recovered from an injury suffered in the Sun Bowl which prohibited Chryst getting any reps at spring practice. On the defensive side, Stanford was once again outstanding last season after holding their opponents to an average of just 20.4 ppg (ranked 18th) on 368.1 total yds/g (ranked 38th). The Cardinal will need DT Harrison Phillips to help lead the defensive line after the departure of Solomon Thomas, however, should still have one of the best defenses led by their defensive backfield duo of Quenton Meeks and Justin Reid.

The Rice Owls had a tough 2016 season finishing the year with just a 3-9 overall record, which included a 2-6 record in C-USA play. Rice has been known as a team that could put up a lot of points, however, their 2016 average of 25.3 ppg ranked just 93rd in CFF and was the Owls worst offensive output since 2011. The offense will look to have a bounce back season and will lean heavily on their experience offense line which is returning four starters from last year’s squad. RB’s Samuel Stewart (9.5 att/g, 59.9 yds/g, 3 TD) and Austin Walter (5.7 att/g, 28.6 yds/g, 4 TD) will lead the Owls backfield. QB was a question mark throughout spring practice as it was a three-man race, however, it looks as if freshman Sam Galesmann has won the job. Defensively, Rice really struggled with injuries and finished the season ranked as one of the worst defenses in the country as they allowed their opponents to average 37.3 ppg (ranked t-114th) on 504.5 total yards per game (ranked 123rd). Rice’s defense, if they can stay healthy, will be showing a new 3-4 look this season led by one of the better LB’s in the C-USA in Emmanuel Ellerbe. Rice returned 8 total starters on the defense end and with some decent experience on the D-line and in the secondary, Rice’s defense is projected to improve this season.

Stanford opens their season as a huge favorite over the Owls and although Stanford still has top-25 level talent, it will be difficult for the Cardinal to replace the losses of Christian McCaffrey and Solomon Thomas. Rice’s defense will have to improve this season for the Owls to have a shot at a bowl game, however, if the Owls can stay healthy on the defense end, they do have the experience to show some major improvements this season. With both teams having question marks at the QB position, this should be a very run-heavy game and although I do see Stanford winning easily, I think the Owls defense will be able to do enough to cover with the points. Take Rice and the points.