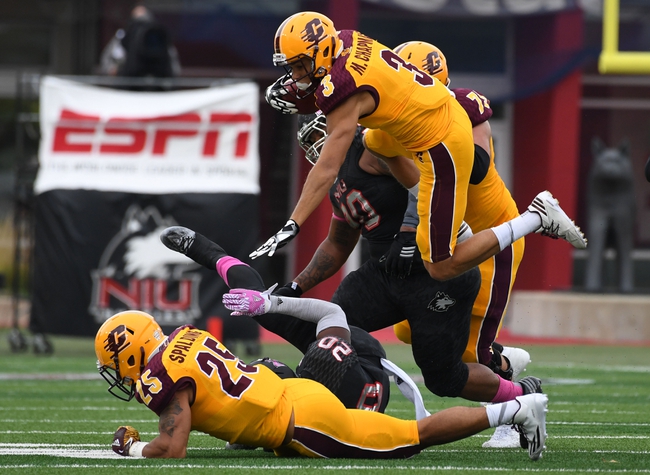 The Central Michigan Chippewas host the Rhode Island Rams for the college football season opener for both squads.

The Rhode Island Rams are looking to bounce back from a poor 2016 that saw the team finish with a 2-9 mark with both sides of the football having a hand in the struggles. URI had problems moving the chains and finding the endzone with under 17 points on 274 yards with a rushing attack that averaged less then 113 yards. The Rams defense didn’t help the situation with 36 points and 424 yards allowed with opposing attacks rushing for 212 yards per contest. Rhode Island has several quarterbacks they will be looking at in JaJuan Lawson and Tyler Harris  with both having starting potential. Senior running back Harold Cooper might be the key to the URI offense as a breakaway threat on the ground with good hands out of the backfield in the passing game but he was banged up in 2016 with just six starts. Aaron Parker, Khayri Denny and Harold Buckner III make up the nucleus of the Rams receiving corps.

The Central Michigan Chippewas enter the season looking to improve upon their 6-7 record of 2016. CMU has been tough to nail down over the years but this was definitely a throwing team that averaged 26 points on 392 yards with the #26 passing attack producing 276 yards. The CMU defense allowed 392 yards and were around the middle of the rankings against both the pass and run. It looks as if Michigan graduate transfer Shane Morris has captured the starting job at quarterback for the Chippewas and he has a nice compliment of receivers to lean on in Corey Willis, Brandon Childress and Mark Chapman. The career numbers for Morris are not great in limited action but if he can get the ball close to on target the Central Michigan air game will produce. Devon Spaulding will handle the bulk of the running and needs to be consistent with a veteran offensive line in front of him.