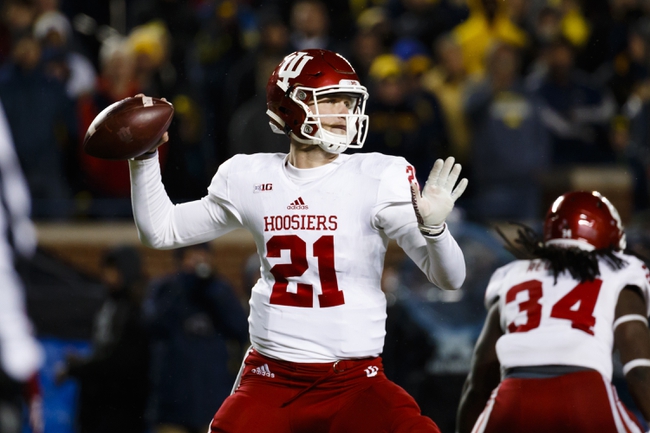 The Ohio State Buckeyes enter another season as a national title contender due to many players returning and coach Urban Meyer leading the way. Meyer has won no less than 11 games in each of his five seasons with OSU. The Buckeyes offense is led by senior quarterback J.T. Barrett, who has been with the Buckeyes forever it feels like, and he has over 6,000 passing yards and 69 touchdowns. While the Buckeyes did lose a ton of talented playmakers on offense, Marcus Baugh is one of the better tight ends in the country and Mike Weber is a 1,000-yard rusher who can also make plays in the passing game. Binjimen Victor and Terry McLaurin are two highly recruited wide receivers who will become household names at some point. Defensively, Jerome Baker returns as the top tackler from a year ago and Chris Worley gives OSU one of the best 1-2 punches at linebacker. Ohio State was third in the country last year, allowing 15.5 points per game. The Ohio State Buckeyes have lost just one road game since 2012.

The Indiana Hoosiers are coming off a solid season in which they made a bowl game, and they’ll have former defensive coordinator Tom Allen take over head coaching duties. Allen has never been a head coach previously but is well seasoned with various coaching positions at different schools. Richard Lagow returns at quarterback after throwing for more than 3,000 yards and 19 touchdowns last year, but he must limit his 17 interceptions. Lagow will be comfortable with Nick Westbrook returning at wide receiver, a big target at 6’3” and a guy who finished five yards short of 1,000 on the season. Running back Mike Majette is also going to turn heads, as he shined last year in a limited role. Defensively, linebacker Tegray Scales will lead the way after 126 tackles, Rashard Fant had three interceptions and Nile Sykes had five sacks. Indiana was 57th in the country last year, allowing 27.2 points per game. The Indiana Hoosiers have split their last eight home games.

This is a ton of points to lay in a season opener where we tend to see sluggish play from time to time as guys try to get back in the swing of things. We know the Buckeyes are national championship contenders, but Indiana is a decent football team in its own right that returns a lot of key players and improved drastically on defense last season. When you add in the home crowd and the fact last years meeting was won by Ohio State by just 21 points at home, this could be closer than expected. Remember, the Hoosiers had a lot of close losses last season as well. This is a decent football team that shouldn't be overlooked.

I like the value of the points we're getting here.