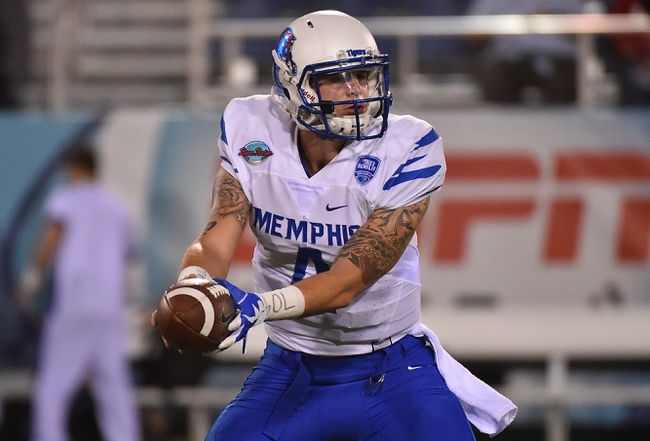 The Louisiana-Monroe Warhawks have won a combined 10 games the last three seasons and hope to get off to a strong start in the second season under coach Matt Viator. While Garrett Smith had his struggles last season, it does help having an experienced quarterback, and he did have nine touchdown passes in eight games along with 300 rushing yards. The Warhawks have a solid 1-2 punch at running back with Ben Luckett and Austin Vaughn leading the way, while wide receivers RJ Turner, Xavier Brown and Marcus Green give Louisiana-Monroe all of their top playmakers from last year back for another year. Defensively, David Griffith returns after leading the Warhawks with 78 tackles, Caleb Tucker had three sacks and Nick Ingram had four pass deflections. Louisiana-Monroe was 122nd in the country last year, allowing 39.1 points per game. The Louisiana-Monroe Warhawks have lost 14 of their last 15 road games.

The Memphis Tigers enter their second year under coach Mike Norvell and hope to make a bowl game for the fourth straight season, the first time in school history. The Tigers have to like their chances with Riley Ferguson returning at quarterback, as he threw for nearly 3,700 yards and 32 touchdowns last season, proving he’s one of the best in CFB. Memphis also has its top-two receivers in Anthony Miller and Phil Mayhue returning, as well as playmaking running back Doroland Dorceus. The Memphis Tigers offense should be one of the best in all of college football this season with all this talent. Defensively, Jonathan Cook returns as the Tigers leading tackler, Genard Avery had five sacks and Austin Hall had three pass deflections. Memphis was 68th in the country last year, allowing 28.8 points per game. The Memphis Tigers have won six of their last eight home games.

This is too many points for me to lay in a season opener where there is sometimes be sloppy play, and the defense needs time adjusting to the quicker pace of play. The Louisiana-Monroe Warhawks were god awful on the defensive end last season and Memphis is a polished scoring club that can drop 30-plus without much thought. So, instead of playing with a big number, I feel a little more comfortable in siding with the over in what should be a high-scoring contest.