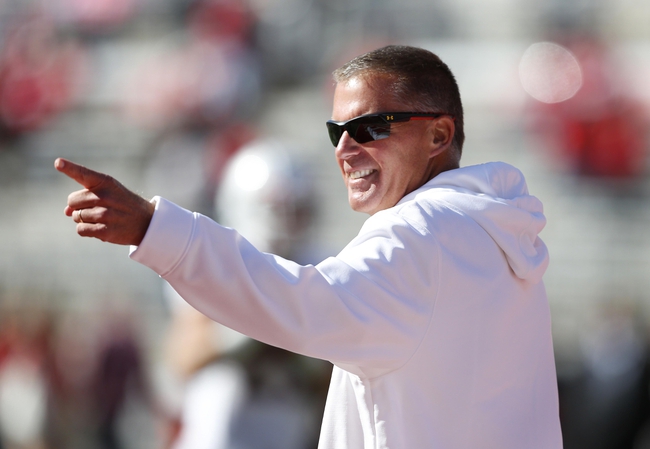 The Holy Cross Crusaders finished 4-7 last year and would love to set the tone early with a victory for veteran coach Tom Gilmore. Holy Cross will be led by captain quarterback Peter Pujals, who is second all-time in school history in pass attempts attempts, completions and total offense. Richie DeNicola will have to step up as the top receiver for the Crusaders, while Darrius Lacy showed big play ability in a limited role last season. Diquan Walker returns as the top running back after finishing last year with 421 yards and three touchdowns. Defensively, Nick McBeath leads Holy Cross after being the only 100-plus tackler last year, while Jack Kutschke had three sacks and Andre Chevalier had two interceptions. The Holy Cross Crusaders have lost six of their last 10 road games.

The UConn Huskies brought back Randy Edsall, the coach who left the school for the Maryland Terrapins after leading the Huskies to the Fiesta Bowl in 2010. Edsall is 96-104 in his coaching career overall but did win eight-plus games each of his last four years with UConn. The Huskies will be led by quarterback Bryant Shirreffs, who threw for 2,000 yards, seven touchdowns and six interceptions last season. The return of running back Arkeel Newsome is massive considering his experience, tough running style and ability to open up the offense. Hergy Mayala should also have a breakout season at wide receiver after showing flashes of big play ability a year ago. Defensively, linebacker Vontae Diggs takes over this team after finishing second in tackles last year, Jamar Summers had two interceptions and Cole Ormsby had four sacks. UConn was 65th in the country last year, allowing 28.1 points per game. The UConn Huskies have lost their last three home games.

Holy Cross didn't gain any experience last season against FBS teams, so this contest could be a bit out the Crusaders league. UConn has very solid on the defensive end and could have contended for a bowl game if the offense was able to do anything. With a returning quarterback and a playmaking running back, this could be a better year for the Huskies. Not to mention there's excitement again with Edsall back on the sidelines, a coach who has proven he can win with this program. I see a UConn blowout taking place.

Holy Cross will have a hard time moving the football here.