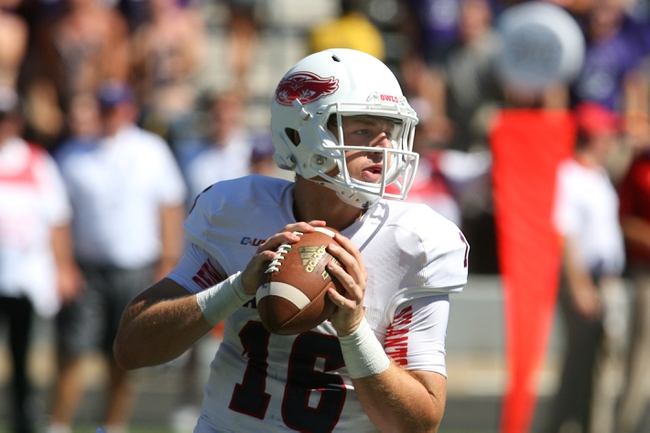 The Navy Midshipmen have won eight or more games in each of the last five seasons and enter another year with Ken Niumatalolo leading the charge. With Will Worth no longer around, Zach Abey will takeover at quarterback after attempting 35 pass attempts last season and rushing for almost 400 yards and six touchdowns. Chris High returns at running back after seven touchdowns last season, and Darryl Bonner averaged almost eight yards per carry in a limited role. The Midshipmen also have an experienced offensive line with Parker Wade and Evan Martin back for their senior seasons, so this should be another season of an effective offense. Defensively, linebacker Micah Thomas returns after 107 tackles last season, D.J. Palmore led the team with six sacks and Tyris Wooten had two interceptions. Navy was 84th in the country last year, allowing 31 points per game. The Navy Midshipmen have won six of their last 10 road games.

The FAU Owls would love to get off to a fast start after winning a combined nine games the last three years. Lane Kiffin gets his first head coaching gig since the 2013 season with the USC Trojans after being the offensive coordinator with Alabama. Jason Driskel returns at quarterback after completing 61.2 percent of his passes, but he must be more of a difference maker with the ball and try to push the ball downfield more. The good news is Devin Singletary returns after rushing for 1,000-plus yards and 12 touchdowns as a freshman while a combination of Kalib Woods and Tavaris Harrison make an intriguing wide receiver duo. With the returning talent and Kiffin’s ability to get the most out of his players, this Florida Atlantic offense could surprise folks this season. Defensively, Azeez Al-Shaair leads the Owls after 112 tackles last season, Hunter Snyder had two sacks and Ocie Rose had two interceptions. Florida Atlantic was 123rd in the country last year, allowing 39.8 points per game. The FAU Owls have lost nine of their last 12 home games.

Florida Atlantic has to improve leaps and bounds on defense to be a threat in the C-USA, but there's enough returning talent on the offensive side for Kiffin to play with. Say what you want about the guy, but he's a great offensive coach who gets the most out of his players and finds ways to put points on the board. Navy also has a quarterback issue to deal with and while its offensive system is effective, it's easier to defend a constant run offense, so the Owls should have some advantages there as well. I'm not saying the Owls are going to win their season debut, but at home, this is a game they can hang around in.