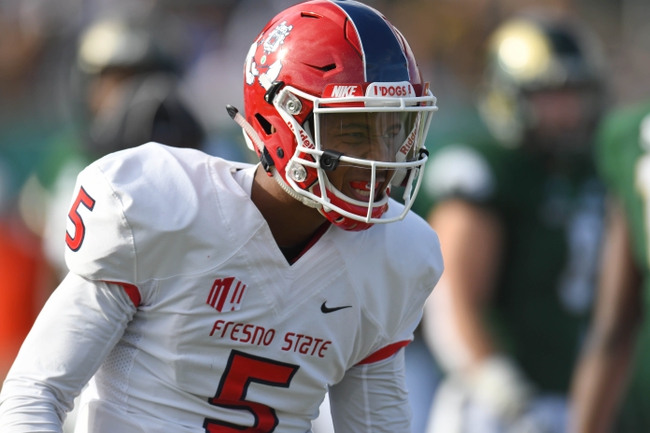 The Incarnate Word Cardinals would love nothing more than to set the tone with a big road victory after a 3-8 record last season. Taylor Laird will takeover at quarterback after throwing just 44 passes last season but connecting on four touchdowns. A running back combination of Broderick Reeves and Desmond Hite should help shoulder the load, while wide receivers Kody Edwards and Jamari Gilbert showed enough last year to be reliable options. Defensively, Sean Hoeferkamp returns after 77 tackles last season, Tyler Colbert had two sacks and Robert Hayes had one interception. Incarnate Word allowed an average of 37 points per game last season, so there’s room for improvement on that side of the ball. The Incarnate Word Cardinals have lost seven of their last 11 road games.

The Fresno State Bulldogs ended last season losing their last 10 games, and now they bring in coach Jeff Tedford, who hasn’t been a head coach since 2012 when he was with the Cal Bears. The good news for the Bulldogs is that there’s experience on this roster starting with quarterback Chason Virgil, who threw for more than 2,000 yards and 13 touchdowns as a freshman. Dontel James rushed for nearly 700 yards, while KeeSean Johnson and Jamire Jordan combined for eight receiving touchdowns. Fresno State averaged just 17 points per game, and those numbers should jump this season with the returning key players. Defensively, James Bailey returns after 59 tackles last season, Tobenna Okeke had 3.5 sacks and DeShawn Potts had five pass deflections. The Fresno State Bulldogs have lost their last five home games.

The way the Fresno State Bulldogs finished last season doesn't inspire much confidence for the season opener, but it is a new season and there are new guys in charge. Tedford is a respected coach who can bring some enegry to this Fresno State offense, and the Incarnate Word Cardinals are a perfect team to practice against due to their defensive struggles. While Fresno State has a lot of showing and proving to do, the Incarnate Word Cardinals are much of a threat in this contest, as they're a squad that gets blown out by other FCS schools. Bulldogs should roll big.