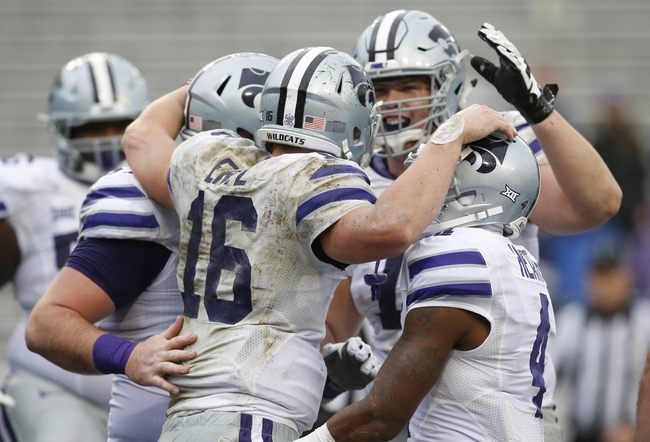 The Central Arkansas Bears look to build on a 10-win season that resulted in a trip to the second round of the FCS Playoffs. Hayden Hildebrand returns at quarterback after topping 3,000 years and 19 touchdowns, and he’s a playmaker who also rushed for 300 yards. The Bears are going to be in good hands with Hildebrand leading the way for another season. Carlos Blackman returns as the leading rusher after averaging 4.5 yards per carry, while Roman Gordon and Brandon Cox will have to step up at wide receiver with the top two options no longer on the team. Defensively, George Odum returns after 86 tackles last season, Chris Chambers had six sacks and Jaylon Lofton had three interceptions. Central Arkansas relied often on a defense that allowed only 21 points per game, so they hope those guys can bring that same intensity from a year ago. The Central Arkansas Bears have won nine of their last 13 road games.

The Kansas State Wildcats have made a bowl appearance each of the last seven years and continue to get the most out of their talent thanks to coach Bill Snyder. This year, KSU is loaded with experience starting with quarterback Jesse Ertz, who showed his toughness and rushed for over 1,000 yards. Wide receivers Byron Pringle and Dominique Heath are back after combining for seven touchdowns and the offensive line returns four starters as well. KSU could be a more consistent offense this year even with losing running back Charles Jones. Defensively, D.J. Reed returns after 75 tackles last season, Reggie Walker had 6.5 sacks and Duke Shelley had three interceptions. Kansas State allowed just 22.3 points last year and will continue to be a hardworking unit. The Kansas State Wildcats have won seven of their last eight home games.

I always think highly of Kansas State and usually take the Wildcats whenever I'm getting points. Kansas State always plays hard and you know what you're getting from a Snyder coached team. However, this time KSU is laying a truckload of points, and Central Arkansas is a very solid FCS team that went on the road and beat Arkansas State last season. While the Wildcats have no trouble winning, the Central Arkansas Bears have the ability to keep this thing within the number.