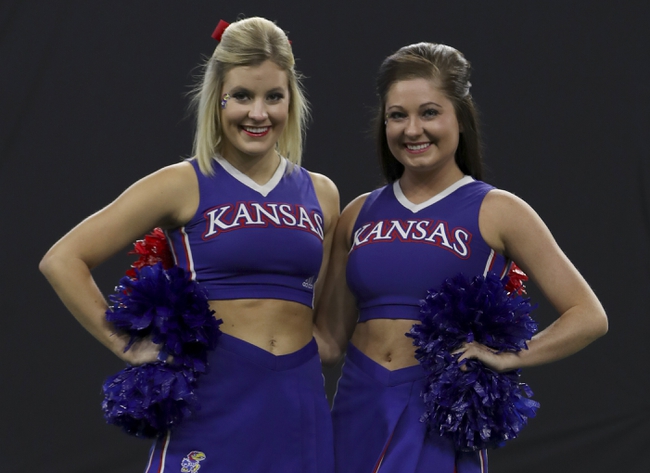 Out at KU Memorial Stadium in Lawrence on Saturday, September 2, the Southeast Missouri State Redhawks will be meeting up with the Kansas Jayhawks in opening-week college football action.

Southeast Missouri State is coming off a disappointing 3-8 season in 2016, going 3-5 in the Ohio Valley Conference. Despite the tepid record, the Redhawks did secure solid wins over Murray State, Eastern Illinois and Austin Peay.

Fourth-year head coach Tom Matukewicz will be taking the Redhawks’ reins once again in 2017,  and he’ll be featuring a few new faces this season. Cameron Sanders will likely be taking an expanded RB role this year after 47 attempts for 183 yards and a TD in 2016, while Southeast Missouri State will be returning senior QB Jesse Hosket, who had 2332 yards and 11 touchdowns last season.

Over on the Kansas side, they’re coming off a disappointing 2016 as well, finishing 2-10 overall and 1-8 in the Big 12. The good news is that the Jayhawks ended their 15-game losing streak with an opener win over Rhode Island, but recorded an OT win over Texas as their only other victory. Kansas is also sitting on a 40-game road losing streak.

Head coach David Beaty will be back in charge of the Jayhawks once again, and he’s got third-year DC Clint Bowen and rookie OC Doug Meacham to support him. Slotting into the QB position this season is junior transfer Peyton Bender, who will have Kahlil Herbert behind him. In 2016, Herbert rushed 44 times for 189 yards and three scores. Steve Sims will be the top WR name for the Jayhawks again this year following his 72 catches and 859 yards for seven TDs last season.

Both Kansas and Southeast Missouri State will be trying to start out their respective seasons on a high note after disappointing campaigns in 2016. Each team here is also returning some key players, so we should see some marked improvement everywhere. All of that being said, the Jayhawks still outclass the Redhawks here, and with a good core group coming in once again I like them to post a solid game in this one. I’ll take Kansas to cover.