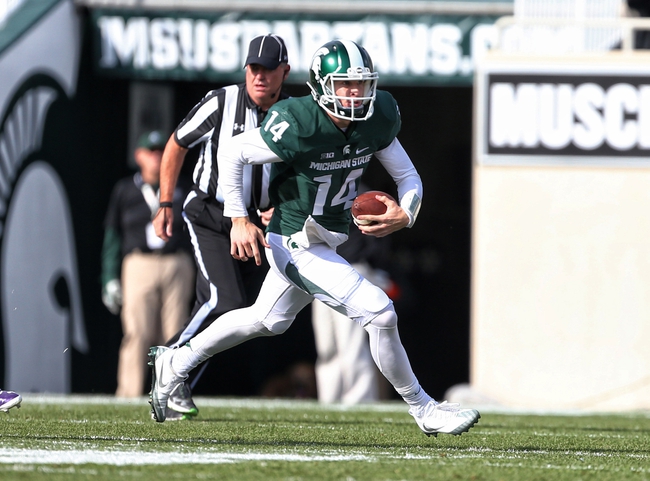 The Bowling Green Falcons only won four games last year, but they built some positive momentum with three of those wins coming the last three weeks. James Morgan returns at quarterback after throwing for over 2,000 yards and 16 touchdowns, but he must trim his 15 interceptions if this is going to be a better season. Morgan has a lot of familiar weapons around him in wide receiver Scott Miller, who had 10 touchdown receptions and Josh Cleveland, who had over 600 rushing yards and averaged more than six yards per carry. Bowling Green has reasons to believe this year could result in a possible bowl berth. Defensively, Jamari Bozeman returns after 71 tackles last season, Gus Schwieterman had five sacks and Brandon Harris had two interceptions. Bowling Green was 117th in the country last year, allowing 38.3 points per game. The Bowling Green Falcons have split their last 10 road games.

The Michigan State Spartans won just three games last year, which was the lowest total since 1991, and they return only eight starters. Brian Lewerke takes over at quarterback after just 57 pass attempts last season and the top four receivers are gone. There’s expected growing pains for the Spartans this season. The good news is that a running back tandem of LJ Scott and Gerald Holmes produced 11 touchdowns last season and has shown it can carry the offense for stretches as long as the offensive line shows up. Mark Dantonio will find ways to make it work like he usually does. Defensively, Chris Frey returns after 96 tackles last season, Demetrius Cooper had 2.5 sacks and Justin Layne had one interception. Michigan State was 61st in the country last year, allowing 27.8 points per game. The Michigan State Spartans have lost five of their last six home games.

Bowling Green is a better team than what it showed last season, but the problem is Michigan State is as well. The difference between these teams is that the Falcons struggle defensively and have a quarterback who is turnover prone. That plays into the Spartans hands, and you know they've been itching for the season to arrive to get this nasty taste out of their mouth. I look for MSU to start things off on the right foot and open things up nicely in its season opener.