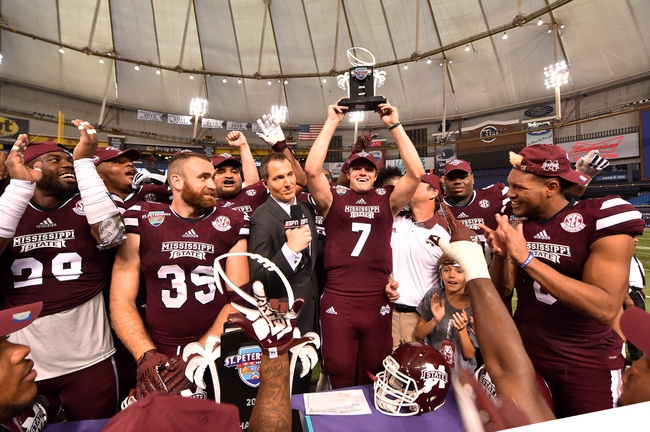 The Charleston Southern Buccaneers will be looking to pull off a major upset to start their 2017 season after 2016 saw the Bucs finish 7-4 in the FCS, winning the Big South Conference’s bid to the playoffs before falling 15-14 to Wofford in the first round. The offense will have to re-tool after losing Mike Holloway and Darius Hammond who combined for over 1,450 yards and 13 touchdowns out of the backfield. Shane Bucenell returns to lead the offense under center after throwing for 1,100 yards and 15 touchdowns last season with only 6 picks. Kameron Brown will be expected to lead the receiving corps after catching 27 balls for 540 yards and 6 scores last season. The Bucs feature one of the best front seven units in the FCS, led by Anthony Ellis and Solomon Brown. Ellis notched 16 tackles for loss and 7 sacks last season as a junior, while Brown led the team at linebacker with 70 tackles last season in addition to 4.5 sacks and 14.5 tackles for a loss. The weakest point of the CSU defense is the secondary that will need to be rebuilt around Shadarius Hopkins.

The Mississippi State Bulldogs will look to improve on a mediocre 5-7 record in 2016, that saw the Bulldogs play in the St. Petersburg Bowl thanks to their good academic records, a game which they won by a final score of 17-16 over Miami-Ohio. Nick Fitzgerald emerged as the new leader under center for the Bulldogs’ offense after the departure of Dak Prescott, notching over 2,400 yards through the air with 21 touchdowns and just under 1,400 yards rushing with 16 scores. Donald Gray and Keith Mixon will be expected to lead the Bulldogs’ receiving corps, while Farrod Green and Justin Johnson may be relied on heavily in the tight end role. Defensively, the front like will feature emerging SEC studs like former five-star recruit Jeffery Simmons and Leo Lewis at the linebacker spot. The Bulldogs also need some improvement in the secondary from Brandon Bryant along with J.T. Gray. Tolando Cleveland appears to be recovered from missing all of 2016 with a torn ACL, and if he stays healthy, he could be MSU’s best defender in the secondary.

I think if Fitzgerald gets going here, this one is over in a heartbeat. However no line has been released as of yet, so please check back for your free pick.